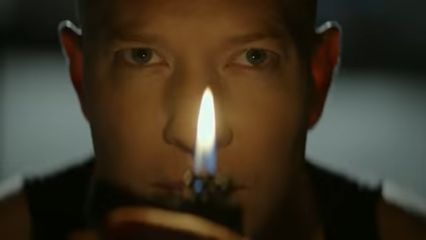 On Power Force Episode 4, tensions increased as Jenard, Vic, and Claud Flynn all went against their families in an attempt to seize control of their own fates. Vic met with Tommy and Diamond in order to start his own business behind Walter’s back. As a battle with the Serb’s brews, Tommy’s history returns to haunt him. Tatiana (from the first Power series) has returned to assassinate Tommy.  To know more about episode 4 read the recap below. Now  Fans are curious to know what will happen next? it’s only going to get worse. Here www.tvacute.com share with you everything we know about the Power Book Force Season 1 Episode 5 including Promo and the synopsis.

The upcoming episode 5 is titled “Take Me Home,” it will go to be interesting. One thing we already know for sure is that We have to know more about Tommy’s past and he is going to have more problems. Some of them could be in the present, while others could be linked to his past and Liliana’s. Tommy Egan’s goal is still to make as much money as possible, but it won’t be easy. In this episode, he is surprised to learn that he must first deal with a threat to the new business before he can start.

Power Book IV Force Episode 5 Synopsis:  Tommy is offered a solution from an unlikely source that may be the answer to his troubles. Intrigued, Tommy is informed he must first address a problem threatening the new venture before it begins.

Where Can I Watch Power Force Episode 5 Online?

The series premiere of Power Force episode 5 will be available to stream early on Starz.com and the Starz app, just like prior episodes in the franchise. Power Book IV will be available to watch and download on iTunes, Google Play, and Amazon.  With an active membership to Philo (for an extra $9/month) and fuboTV (for the first three months for $5/month), Starz is also available. Starz is available for free on both services. Hulu will not be able to stream the series the next day. but you can add Starz to your Hulu subscription for $8.99/month. ‘Power Book IV: Force’ is not available on Netflix and HBO Max. Also Available on Direct TV

The fifth episode of Power Book 4 Force picked up where the previous one left off, with tensions increasing as Jenard, Vic, and Claud Flynn all went against their families in an attempt to seize control of their own fates. Tommy Egan, on the other hand, is someone who is always looking to forge his own path. he sought to tap into the Chicago pipeline. We saw him working with Diamond and Vic Flynn, putting their differences aside. Vic met with Tommy and Diamond in order to start his own business behind Walter’s back. Vic believes that the greatest way to prosper in the pharma business is to form synergistic collaborations. Walter, on the other hand, learns of it and chastises his soon-to-be successor. A figure from Tommy’s past, Tatiana, reappeared, and as we all know from Power, she’s linked to The Serbian Network, from whom Lilliana stole the bricks, and they’re now a new/old enemy for Tommy here in Chicago, especially after he killed yet more Serbs. Finally, JP and D-Mac meet face to face. D-Mac is aware that JP is his father, but JP is unaware that D-Mac is his son. When JP discovers that the adolescent tasked with blowing up his club is his estranged son.