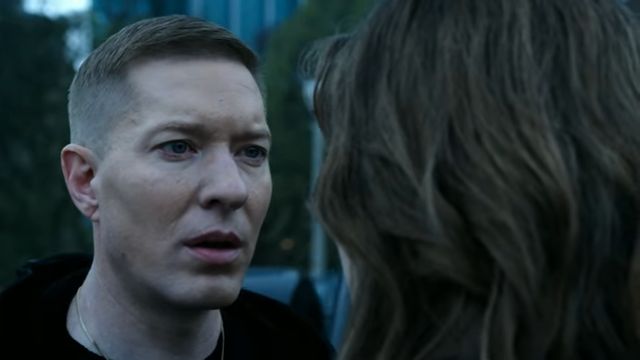 Tommy and Diamond spent the second episode of Power Book IV: Force Season 1 driving around the city all day, unwillingly bonding and attempting to remain alive.
Through the end of this episode two, Tommy has tracked down Liliana and intends to murder her, but only after discovering hidden narcotics bearing the famed spider emblem. We’re left to wonder what role Liliana will play now that Tommy has relocated to Chicago. Fans are curious to know what will happen next? Here www.tvacute.com share with you everything we know about the Power Book 4 Season 1 Episode 3 including Promo and the synopsis.

The upcoming episode three titled “Firestarter,”  It will take up where episode 2 left off, namely by bringing us more of Liliana and Tommy Egan. Sure, they weren’t always the best of friends. Tommy did want her dead. According to the synopsis, Tommy will indeed be distracted with a blast from the past in this episode, as it turns out. The prospect of Tommy attempting to organize a meeting between the CBI and the Flynn family could be intriguing, but also perilous. These are the city’s two most powerful drug cartels, and they have a long history! We also have a tendency to believe that they will force Tommy to make a decision at some point and if that happens, we must assume that there will be bloodbath consequences.

Power Book IV Force Episode 3 Synopsis:  Tommy finds himself face-to-face with a ghost from his past; the reunion unearths a discovery when Tommy stumbles across hidden product; Tommy brokers a sit-down between rivals and learns the true nature of the feud.

A new promo for episode 3 was revealed. “I could either kill you, or we could work together,” Tommy says to Lilliana at the start. “I’m always on the side of money,” Lilliana explains. “What do you know about the Flynn family?” Lilliana asks Tommy in the next scene. “A little over the top,” Tommy remarks.

“I’ve got something that’ll kick your teeth in thousand times over,” Claudia informs Tommy next. “It sounds like a lot of fun,” Tommy replies. “I don’t say no when there’s real money to be made,” Tommy tells Flynn. Then, in the combat sequences, Tommy is shown pulling out a revolver and declaring, “This is all kinds of bad.”   “I’m not used to people not following my orders,” Flynn tells Tommy at the end of the preview footage. Good thing I ain’t your people,” Tommy remarks. You may watch the new episode 3 promo below.

Where Can I Watch Power Force Episode 3 Online?

The series premiere of Power Force episode 3 will be available to stream early on Starz.com and the Starz app, just like prior episodes in the franchise. Power Book IV will be available to watch and download on iTunes, Google Play, and Amazon.  With an active membership to Philo (for an extra $9/month) and fuboTV (for the first three months for $5/month), Starz is also available. Starz is available for free on both services. Hulu will not be able to stream the series the next day. but you can add Starz to your Hulu subscription for $8.99/month. ‘Power Book IV: Force’ is not available on Netflix and HBO Max. Also Available on Direct TV

A gunman in a black vehicle opened fire on JP’s club. Fortunately, no one was present. They were trying to send a message. JP calls Tommy to the bar. JP tells him that he owns the bar. JP, on the other hand, was in debt due to his ailing father’s medical expenditures, and he didn’t have any money left for payola. We discover JP is gay after his ex-husband refuses to help with the finances. Tommy hands him $10,000 which JP initially refuses. but eventually accepts.  Tommy tells him he’ll be making more. he had a brilliant idea for making money. Flynn receives a call from his oncologist, who requests that he come in for additional testing. Tommy is attacked by Liliana, a lady from his past from New York, but he lets her go because cops are nearby. Later, he pays a visit to Diamond and Jenard at the barbershop and returns the narcotics and money he had previously taken from them. While Tommy and Diamond are outside the business, members of Rojas’ crew abduct them in order to seek revenge on Diamond for forcing their leader into a wheelchair. They are given bricks to dispose of and are required to return the money within a few hours. Diamond and Tommy drive throughout the city, with Diamond doing the driving and Tommy doing the dropping. Tommy takes a look around the town while doing so. Claudia contacts Walter about branching out into new medications, but he is uninterested. Diamond and Tommy finish the drops to get Jenard back after he is kidnapped and the chronology is moved forward. Tommy is paid by Diamond, who then tries to deliver the money to JP. Tommy pays Gloria a visit, and the two share a kiss while Vic stands outside watching. Tommy moves to the city and follows Liliana to her home, where he attempts to murder her. He eventually discovers a concealed supply of cocaine bearing a spider emblem.