Home In The Dark (Season Finale) Perry Mattfeld’s In the Dark Season 3 Episode 13 –... 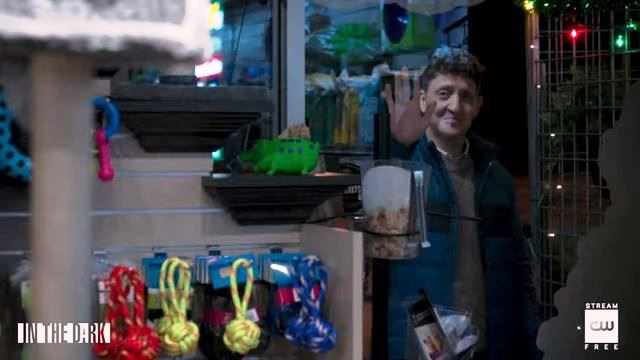 In the previous episode of Perry Mattfeld’s In the Dark, Murphy (Perry Mattfeld) finally figured out what happened to Jess (Brooke Markham). Given the absurdity of the situation, Murphy wasn’t surprised when he realized Jennifer’s scary uncle was an incestuous pedophile who had been keeping his niece in the basement the entire time. Thank God! she’s alive. Clemens and Theo, on the other hand, came to a stalemate after gathering all of the material they required. Will you want to know what happens next in In the Dark season 3 episode 13? A lot will be revealed in this episode called “Expectation is the Root of All Heartache”, especially when it comes to Murphy. uncle storyline made us very nervous. You can see www.tvacute.com’s synopsis, photos, and promo for In the Dark Season 3 Episode 13 below, which will help you better understand the episode.

In the Dark Episode 313 Synopsis: PAIN THE TRUTH BRINGS – Murphy (Perry Mattfeld) finally learns the truth about what happened to Jess (Brooke Markham) and it forces her to take a closer look at who she herself has become. Also starring Casey Deidrick, Morgan Krantz, Matt Murray, and Theodore Bhat, the episode was directed by Steven Tsuchida and written by Corinne Kingsbury (#313).

It’s the big finale! We expect it to be one of the most pivotal moments in the entire series.

there may be some shocking developments and possibly a cliffhanger, but overall, we believe this will be a finale with many distinct objectives. Rest assured, we’re looking forward to seeing how this all comes together. In the Dark has already been renewed for a fourth season, so that’s one less thing to be concerned about. You may focus all of your worries on Murphy, Jess, and how this could all lead to a very different scenario in the future.

In the Dark Season 3 Episode, 13 will release on October 6, 2021, at 9 p.m. EST on The CW. the series is still not going anywhere anytime soon. In the Dark has already been renewed for another season of its series. You can also watch it on the CW app and Amazon Prime. In addition, CW is also available on devices like Amazon Fire TV, Roku, Vizio Smart TV, Chromecast, Android TV, Apple TV, and Xbox One.