Get ready for Tonight! Chicago Fire Season 10 Episode 3 “Counting Your Breaths” – Why Griffin has Returned?? 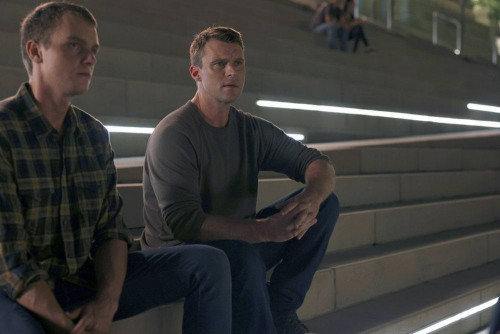 During the second episode, we knew someone would return to the series. Let’s find out. In the previous episode of Chicago Fire, After going viral for rescuing the young teenage guy, Casey gets his 15 minutes of fame. Griffin Darden (Cameron Scott Roberts) pays him a visit at Firehouse 51, and Griffin pleads for Casey’s assistance. Griffin, meanwhile, has already discovered the truth about his father’s death, unbeknownst to Casey (Jesse Spencer). Herrmann agrees to take the fall for Brett, who is about to get into problems with the new paramedic field chief. Joe Cruz (Joe Minoso) maintains that he is fine following his near-death encounter, but he is having a panic attack. Chief Boden (Eamonn Walker) gathers his belongings and prepares to depart 51. Now It’s time to figure out why Griffin has returned. Something has clearly happened to Griffin’s mother and sibling, and he needs Casey’s support to deal with the issue. At www.tvacute.com, you’ve come to the perfect place to check out the Chicago Fire Season 10 Episode 3 synopsis, promo, and photos. You may also catch up on Chicago Fire Episode 10.2 by reading the recap.

The third episode of Season 10 of Chicago Fire, titled “Counting Your Breaths,” will be a catastrophic disaster for some characters. Cruz continues to struggle. Meanwhile, Cruz’s PTSD is still a problem for him. Cruz isn’t acting properly, according to Stella and Kelly Severide (Taylor Kinney). after a near-death experience, he’ll suffer. He’ll lose the job he loves the most if he doesn’t receive treatment right away.

Chicago Fire Episode 10.3 Synopsis: Griffin learns the truth about his father’s death and reveals why he really came to visit Casey. Gallo, Ritter, and Violet take steps to expand their microbrewery business.

NBC will air ‘Chicago Fire’ season 10 episode 3 on October 6, 2021, at 9 p.m. The programs are 42 minutes long and air every Wednesday. Where to Stream Chicago Fire S10E3 Online?  It’s also available on NBC’s official website and app. All of these services and more will be able to stream the episode. such as Fubo tv, YoutubeTV, Direct TV The episode is available on Hulu and Peacock a day later. Amazon Prime Video, iTunes, Microsoft Store, Vudu, Spectrum, and Google Play also sell or rent the episodes.

Herrman and Ritter attempt to extract an automobile from underneath a semi-truck, but they are distracted by a muffled sound. They discover a small boy stuck beneath the backseat who requires immediate medical assistance. Herrmann has been gripped with an uncontrollable fear of losing a child since that time. Cruz’s near-death experience has also traumatized him, causing him to lose focus.  Meanwhile, Casey is caught on camera on one of his rescue missions in a video. It becomes viral, attracting the attention of the public, particularly teenagers, and Chief Boden encourages him to capitalize on his celebrity. However, the segment where he discusses important topics is edited out by a local news station.

Brett and Hermann will be fined for breaking paramedic protocol while trying to save a child. The latter bears the brunt of the punishment on his own. Boden clarifies that making such judgments is risky, in part because Hermann is hoping for a promotion. Nonetheless, the dedicated firefighter says that no matter what, the protection of people comes first to him. Finally, Casey grudgingly agrees to see a fan who claims to be Griffin Darden, the son of late fireman Andy Darden. In a critical situation, he requires Casey’s assistance.