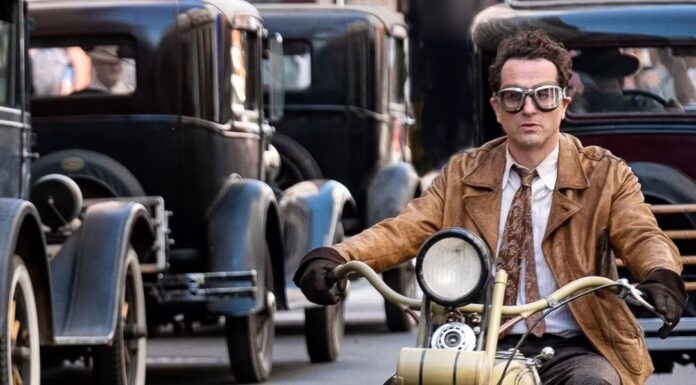 HBO’s Perry Mason arrives after three years. This is Erle Stanley Gardner‘s latest Perry Mason series. This rendition of Perry Mason, played by Emmy-winning actor Matthew Rhys begins with Mason as a morally ambiguous private investigator in Depression-era Los Angeles who becomes a lawyer in a last-ditch effort to save a case. HBO renewed Perry Mason for a second season in 2020, despite its limited series origins. (tvacute.com)We have answered all your questions about Perry Mason Season 2, including when it’s coming out, who’s in it, and what it’s about.

Perry Mason Season 2 is set in 1933, according to Whigham, who plays Perry’s erstwhile business partner Pete Strickland. It begins with the law firm of the main character focussing on civil cases rather than criminal cases. That indicates that Drake is operating independently—at least until the season’s central conflict picks up steam. Perry is once more “in the soup,” as Whigham put it, which means that he is in trouble. Although he doesn’t elaborate, it’s possible that Mason’s memories of the First World War are still trouble him. In Season 1, Perry did have a drinking issue, and 1933 is the final year of Prohibition. If you’re interested in learning more, HBO has also issued the official Season 2 storyline summary:

Months after the Dodson case has come to an end, the scion of a powerful oil family is brutally murdered. When the DA goes to the city’s Hoovervilles to pinpoint the most obvious of suspects, Perry, Della, and Paul find themselves at the center of a case that will uncover far-reaching conspiracies and force them to reckon with what it truly means to be guilty.

Perry Mason Season 2 Trailer may be seen here. On December 7, 2022, the first Perry Mason Season 2 trailer was published, providing viewers a taste of what to look forward to in the upcoming season. Fernando Coimbra, Jessica Lowrey, Marialy Rivas, and Nina Lopez-Corrado are among the brand-new directors for Season 2. Episodes 1 and 2 were directed by Coimbra, Episodes 3 and 4 by Lowrey, Episodes 5 and 6 by Rivas, and Episodes 7 and 8 by Lopez-Corrado.

Who Are the Perry Mason Season 2 New Characters?

A number of new characters will also be introduced in this season, including those portrayed by Katherine Waterston as Ginny Aimes, Hope Davis as Camille Nygaard, Jon Chaffin as Morris, Fabrizio Guido as a troubled artist, Peter Mendoza as Rafael’s brother Mateo, Onahoua Rodriguez as Rafael and Mateo’s aunt Luisa Gallardo, Jee Young Han as Marion Kang, Perry’s new legal secretary, and Sean Astin as Sunny Gryce, a grocery shop owner and one of Perry’s new clients.

Who Is Creating Season 2 of Perry Mason?

For this new season of Perry Mason, Michael Begler and Jack Amiel will serve as the showrunners in place of Ron Fitzgerald and Rolin Jones. In addition to Begley and Amiel, Tim Vat Patton, Robert Downey Jr., Susan Downey, Joe Horacek, and Matthew Rhys serve as executive producers for Season 2. Tim Vat Patton is credited with bringing 1930s Los Angeles to life while directing the majority of Season 1.