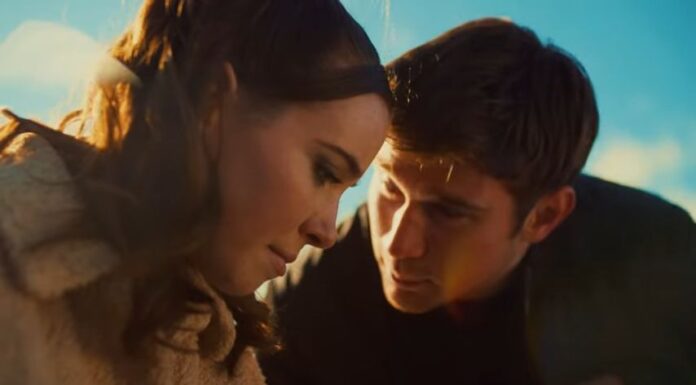 Kids Vs. Aliens had its official debut earlier this year in September 28 at Fantastic Fest 2022 in Austin, Texas, the largest genre film festival that focuses on horror, sci-fi, and all things speculative. The film received largely positive reviews after its premiere at the event; as of this writing, it has seven reviews and an 86% critics score on Rotten Tomatoes. The brand-new trailer for the upcoming science fiction movie Kids Vs. Aliens, which will follow a bunch of kids who are trying to have a party with their parents who are out of town, has been released by RLJE Films.  to know more about the Kids Vs. Aliens Movie with www.tvacute.com, You can check out the release date, and the promo was given below.

Kids Vs. Aliens About

All Gary wants is to make awesome home movies with his best buds. All his older sister Samantha wants is to hang with the cool kids. When their parents head out of town one Halloween weekend, an all-time rager of a teen house party turns to terror when aliens attack, forcing the siblings to band together to survive the night.

The new trailer opens with a group of fishermen out on the ocean in the middle of the night before our extraterrestrial threat emerges from the water and kills them one by one. This is as far from a Halloween party as you can get. We cut to the main protagonists of the story as the boat quickly goes dead. We are introduced to Gary, who is a young boy playing by Dominic Mariche (Are You Afraid of the Dark?) who is trying to film an action-packed home video with his pals while his older sister Samantha, playing by Phoebe Rex (The Last Divide), wants to have a chance to hang out with the cool kids. The two decide to hold a huge party while their parents go away for the weekend, but the party is ruined when the aliens show up. The brother-sister team, along with a few other survivors, manage to flee as many people are being attacked and make the decision to confront the invaders. The remainder of the trailer shows these children getting ready and engaging in combat with these supernatural monsters. ‘

Jason Eisener is the director of Kids Vs. Aliens. John Davies, who previously collaborated with Eisener is the project’s co-writer.  . Producing the movie are Marc Tetreault, Josh Goldbloom, Jason Levangie, Brad Miska, and Rob Cotterill.