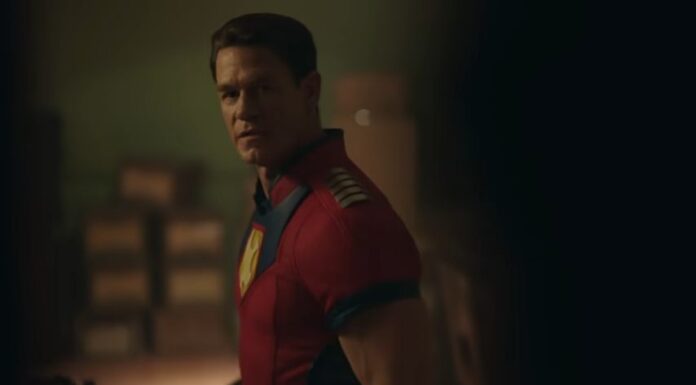 Peacemaker follows John Cena’s titular killer in the name of peace, Christopher Smith, as he joins a black ops group tasked with removing butterfly creatures from the Earth. It was directed by James Gunn, who also directed The Suicide Squad. Peacemaker is an eight-part sequel to the critically acclaimed 2021 show. The DCEU’s first-ever TV series has sparked a lot of interest, and the first six episodes have only contributed to that. If you’re looking forward to the next ones, here’s (https://www.tvacute.com) all you need to know about the release calendar and when new episodes will be available.

Stop Dragon My Heart Around, the seventh episode of Peacemaker. Fans are on the edge of their seats with only two episodes left. DC fans can expect a strange yet amazing journey in Peacemaker.  The sixth episode of Peacemaker, advanced the Butterflies’ plot for world dominion, while the final minutes set up a showdown between Christopher Smith and the White Dragon.  episode 7 emphasizes the clash between the Peacemaker and the White Dragon that was teased at the end of episode 6.

Murn revealed how the Butterflies plotted to take over Earth after fleeing the destruction of their home planet, and how the insects have now taken over the entire Evergreen Police Department. With the Butterflies on his tail, Peacemaker’s father, August Smith, has pledged to kill his son once he is released from prison. August takes on the White Dragon suit in the final seconds of episode 6, and viewers will have to wait until next week to find out who survives.

Peacemaker’s first chapter began on January 13, 2022, with a three-episode premiere before settling down to one episode per week, and the episode guide below will help you plan ahead.

The peacemaker finale will be released on Thursday, February 17, 2022, according to HBO Max’s timetable.

Christopher Smith (aka Peacemaker) (John Cena) soon has to confront his nativist and racist father, Auggie Smith (aka White Dragon), in addition to the very real alien menace (Robert Patrick). White Dragon prepares to fly once more with the help of a slew of Ku-Klux-Klan cosplayers around the same moment the Butterflies massacre the police station.

Peacemaker arrives at the team headquarters late just in time for Harcourt (Jennifer Holland) to complete attaching a peace dove to his P90 submachine pistol. After gratefully accepting Harcourt’s gift, Peacemaker explains that the dove of peace is unimportant to him. He claims that he no longer wants to harm people. Peacemaker plays a sorrowful piano rendition of Motley Crue’s “Home Sweet Home” after his important interaction with Harcourt.

Butterfly Captain Locke gains custody of the journal by the end of Episode 6. Locke is more than glad to read its contents to the world, to to the chagrin of Peacemaker and Leota. In the diary, Waller makes Peacemaker the scapegoat for all of the deaths that have occurred so far in the series. Despite the fact that Peacemaker was the one who carried out each murder, the diary portrays him as a mad maniac murdering phantoms rather than attempting to repel a true extraterrestrial invasion.

This episode flashes back to an unseen scene immediately before Captain Locke is apprehended in the woods by the surviving members of the police unit. Locke, kneeling in front of the officers he had just shot to death, tries to make himself look mournful by contorting his face. He slaps himself repeatedly in an attempt to adopt a sorrowful persona while suppressing many spasms of laughing, but he is unable to maintain it for long.

Regardless of how tough it looks to be for him, Locke is eventually able to maintain a mournful expression long enough to avoid the suspicion of the local cops. Locke’s face takes on an almost alien-like appearance, despite the fact that he hasn’t been infected by the Butterflies yet. We can only hope that his new butterfly host can inject him with some true emotion, given Locke’s gruesome nature.