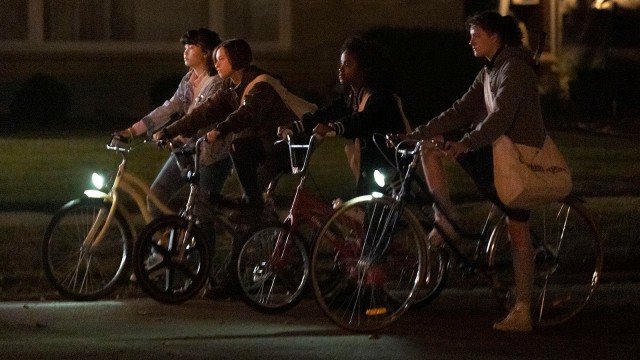 Erin, KJ, Mac, and Tiff are the four paper girls that work on “hell day.” They find a “turning” during the shift that plunges them right into a conflict amongst time-travellers. Erin is shot in the stomach during all the ruckus. There is no need to be concerned, though, as time travellers help Erin and the paper girls. They return to Erin’s house in the hopes of finding her mother, thinking that the worst of the night would be over. The fact that they’ve gone into the future is the only issue. And what they discover is Adult Erin, not Erin’s Mother. 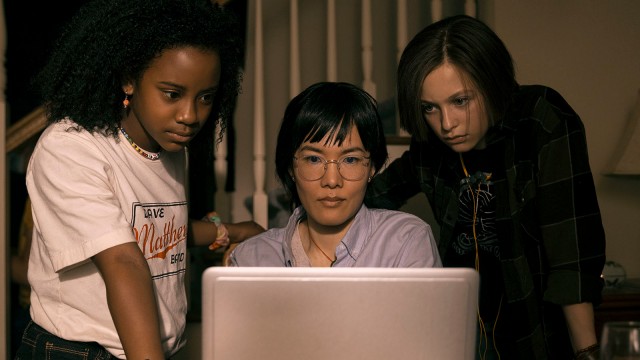 While the other three paper girls start to consider who they have become, Erin learns everything there is to know about being an adult. Tiffany is startled to learn that there is an Alexa, while Erin learns that her mother has passed away. Erin discovers that Adult Erin no longer communicates with her younger sister Missy when she questions Adult Erin, who now works in the legal system, about what transpired. In the meantime, Prioress, one of the “evil” time travellers, develops a burning desire to track down the paper girls, and it is proposed that she kills KJ’s parents. 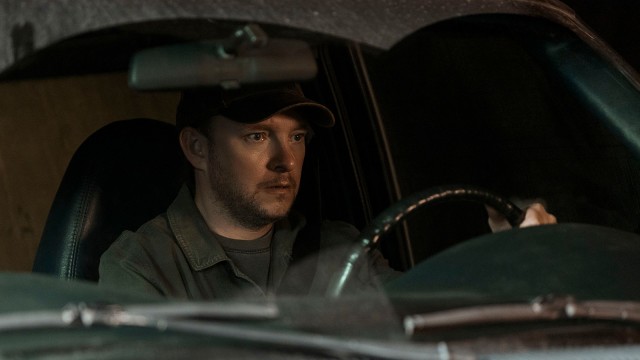 Larry, a member of the FTS Underground, tries to safeguard the asset but only narrowly avoids the paper girls. Larry reveals that the enormous battleship is actually a time machine and demands that Adult Erin operate it. And Larry tells Adult Erin that it’s their one chance when she says that she won’t be able to operate such a vehicle.. Mac discovers that she passed away when she was 16 years old after finding her brother. Dylan, her brother, first doesn’t think it’s really her, but after running a DNA test, he realises it is in fact his sister. Mac and her older brother light off fireworks in the meanwhile. Her brother says sorry for his errors when they examine their upbringing Erin, Tiff, and KJ attempt to save Adult Erin after Larry abducts her. In the end, Larry admits that he is not a bad guy. Instead, he wants to correct prior errors as part of SFT. And he has a massive robot to solve their issues. 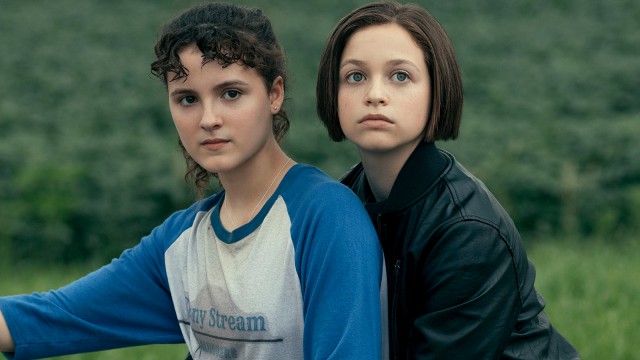 Larry reveals that the enormous battleship is actually a time machine and demands that Adult Erin operate it. And Larry tells Adult Erin that it’s their one chance when she says that she won’t be able to operate such a vehicle. Mac and her older brother light off fireworks in the meanwhile. Her brother says sorry for his errors when they examine their upbringing. Adult Erin tries to hide from her sister Missy as Mac develops a friendship with Dylan. However, they are all forced to flee when Prioress appears on any of their trials, which is painful for Mac because he must leave Dylan behind without saying goodbye. Adult Erin utilises the enormous robot to time travel while Prioress follows closely after. 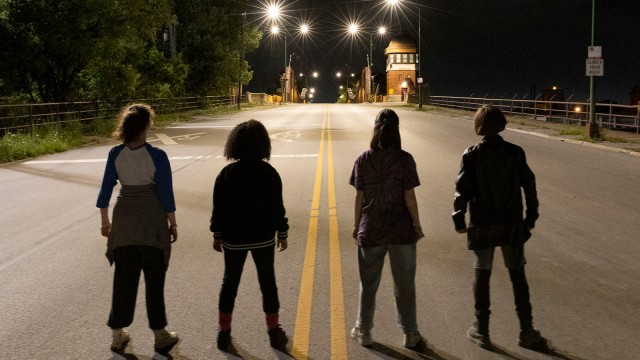 The time travel scheme is successful. When the paper ladies inquire as to Larry’s whereabouts despite his extreme agitation, a purple light shows up in the sky. Larry tells everyone to flee, saying it’s too late. After time travel is successful and Larry dies, Adult Erin gives up her life to save the paper girls. The paper girls discover they are truly in 1999 while still believing they are in 1988. KJ discovers she is a lesbian when she finds her older self from 1999. The gang realises that Larry will still be alive in 1999 after Tiff locates her older self and that they may utilise him. 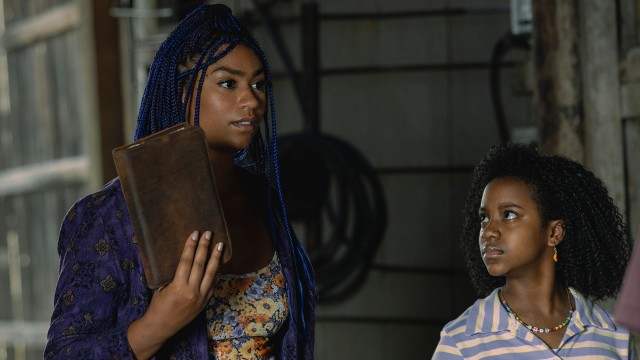 Young Tiff goes to a rave in the hopes of running across her elder self. Older Tiff, who is receptive to the strange news, asks her about her position. Tiff points out that since they are in 1999, Larry is still physically present. Mac, however, is adamantly opposed to the thought of seeing him once more. The repercussions of time travel on the paper girls start to show after several conflicts and bonding activities. The two Tiffs discover afterwards that the following folding won’t happen until 2006, which is a staggering seven years from now. 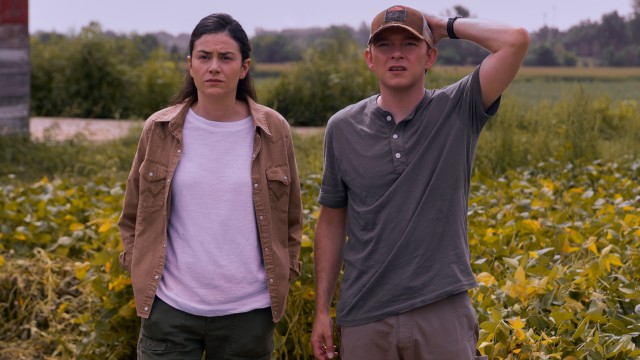 Tiffany, who is younger, watches a tape of her class’ 1994 commencement. As a result, Older Tiffany goes on a date with the younger Tiff and tries to teach her about life’s realities before revealing that they are adopted. she witnesses her graduation. Erin finds it quite odd that Mac visits her grave while her stepmother, Alice, pays her respects. Larry discovers Erin while looking for Tiff, and she tells him about the cruel way he will die. While Mac visits her own tomb. She doesn’t understand why her stepmom goes to her grave, either. This is due to Mac’s prior perception that no one liked her. Soon after, Larry finds the paper girls and offers to assist. In addition to learning that she is adopted, Tiff is dismissed from school, which, in Tiff’s opinion, is a major failing. XK11 Reproud Pro enters the barn and alerts the Old Watch when another folding starts to happen close to it. 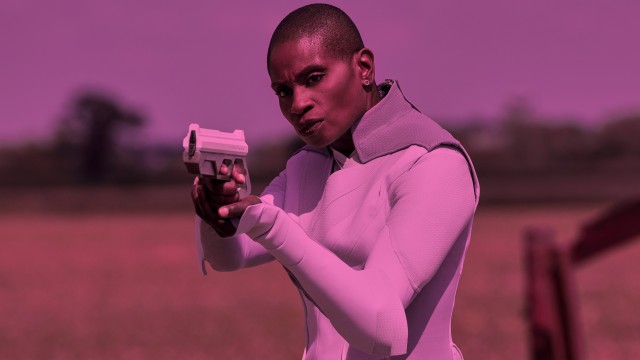 Prioress joins the scene and declares that all she wants to do is send them home since “hell day” looks doomed to happen again. Russ, her employer, shows up and says he will send them home after wiping out every memory because all of this time travel would endanger the universe.  The paper girls disagree with his assertions. Additionally, Prioress demonstrates that she is working with the paper girls rather than against them when Russ makes a dinosaur eat Larry. She is shot and appears to pass away after transporting the paper girls aboard a spaceship. The paper girls attempt to run away from Russ, but they become dispersed. Although Mac and KJ’s location isn’t made clear, it appears that Erin and Tiff have travelled in time to the past.