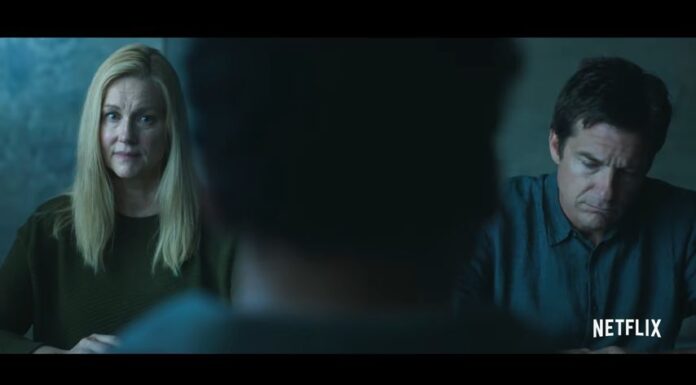 Ozark is a Netflix original series developed by Bill Dubuque and Mark Williams. It launched in 2017. During its run, the show won three Emmys and was nominated for a number of other accolades.  We’ll be saying goodbye to Ozark, one of Netflix’s most praised drama series, by this time next month. Part two of Season 4 or the final seven episodes of the series will wrap up Marty (Jason Bateman) and Wendy’s journey, and the main issue for the final episodes is whether they’ll be able to make it out of this game uninjured.www.tvacute.com share with you everything about Ozark Season 4 Part 2. also watch the first teaser and A Farewell to Ozark Release Date.

The plot revolves around a family who relocates to Missouri’s Lake of the Ozarks in order to launch a money-laundering business, but they run into difficulty when they attract the attention of the local mafia. The last episode’s trailer suggests that the chasm between Marty and Wendy is widening, with Wendy needing to prod her husband into finishing what they’ve started, especially now that everything is almost finished. Marty’s crisis of conscience, though, may get the better of him after coming so near to death.

Ruth (Julia Garner), who embarks on a murdering spree after discovering the bodies of Wyatt (Charlie Tahan) and Darlene (Lisa Emery), the latter of whom Ruth explicitly tried to save, could also influence the course of Ozark’s final season. As Ruth herself stated at the end of part one, she is now a wild card who will only be stopped if someone kills her.

How many episodes will Ozark season 4 have in total?

In the last three seasons, only 10 episodes have aired, this time there is good news, we will get some more episodes in it. Ozark Final Season 4 will have fourteen episodes in total. It will be divided into two halves and each half will have seven episodes.

What is the Ozark Season 4 Part 2 Release date?

A Farewell to Ozark Release Date

A special bonus for Ozark fans was also revealed by Netflix. Aside from the last episodes, the streaming service will release A Farewell to Ozark, a thirty-minute special that will serve as a “love letter” to Ozark and its fans, and will include a comprehensive retrospective that will take viewers on a deep dive into the series’ final year. The special, which will be accessible on the same day (April 29) as the second half of Season 4 premieres, delves into the story’s beginnings, characters, and performances, as well as the show’s legacy.