Only Murders in the Building Season 3: Who killed Ben? 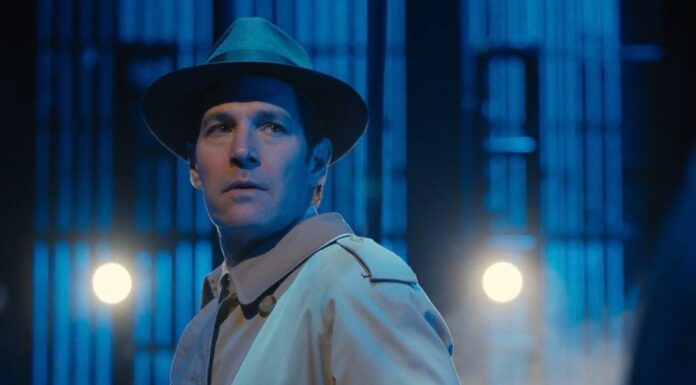 We are currently in the process of preparing for the third season of OMITB and we have been presented with a brand new and very spectacular mystery: who killed Ben? Ben Glenroy, played by Paul Rudd, will be at the center of the murder mystery that will unfold in the third season of Only Murders in the Building which will premiere on Hulu; (tvacute.com) here is everything that we know about it.

Only Murders in the Building Season 2 Finale Recap: Who Killed the Bunny?

At the end of the final episode of season 2, Paul Rudd appeared in a cameo role as the character indicated above. This character was a star of a new play that Oliver was directing. On the other hand, by the time the episode had concluded, Ben was lying unconscious on the stage. There has been a homicide committed outside of the Arconia for the very first time! There are a few significant points that should be kept in mind regarding this conclusion. To begin, it took place one year after everything that occurred in season 2, which meant that each of these people was obviously in a somewhat different place. Oliver had received a phone call regarding this opportunity, and it was anticipated that this will catapult his career to new heights.

Charles played by Steve Martin may have been involved in some way. Charles is someone who Ben cannot stand, and immediately before he passes away, he makes a veiled warning toward him.  Although it is quite doubtful that Charles was the one who murdered Ben. one of the main characters in the brand-new Broadway musical that Oliver is directing is the actor Ben Glenroy, who is portrayed by Paul Rudd. The other star of the show is Charles himself. Despite this, it is crystal clear that the two of them do not work well together. Ben mentions his desire to kill Charles during a conversation with Oliver on the first night of the concert because of something Charles did. Immediately after that, Charles confronts Ben and says, “I know what you did.” It is obvious that the two have a tense dynamic, which is one that will be investigated as Charles, Mabel, and Oliver investigate the death of Ben and begin recording their podcast once more.

We are left wondering whether or not Charles may be considered a suspect based on the fact that he seems to know something about a mystery woman and Ben.  What did Ben do to cause Charles to respond so strongly? Where did their conflict start? Who is the “woman” Charles is referring to specifically? It’s also possible that we haven’t yet physically encountered this enigmatic woman. This is an intriguing scenario because it has the potential to dramatically expand the show’s universe!

Even if Ben is no longer alive, let’s keep our fingers crossed that Paul Rudd will appear in at least a couple of episodes during the upcoming season, even if we’ve just gone through all of that. We need more background information on this individual, namely the reasons why so many people want him killed. Going outside of the building, on the other hand, raises the possibility of seeing fewer of the fan-favorite characters from the show’s first two seasons. This is our greatest concern.

Only Murders in the Building Season 3 Release Date