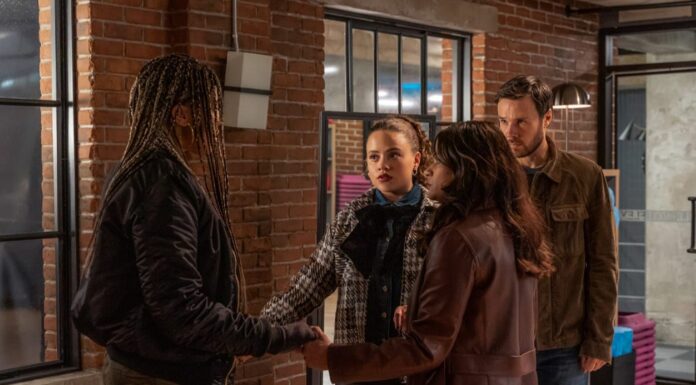 Charmed, a revival of the same-named female-led fantasy series that ran from 1998 to 2006, started in October 2018 and chronicles the lives of three supernaturally strong sisters. They find they are strong witches charged with saving the world from demons when their mother is murdered by a strange evil force. Season 4 of Charmed was announced early on, with the news coming shortly after Episode 2 of the third season aired. Fans are eager for answers to what lies ahead for Macy, Mel, and Maggie in Hilltowne a year after the terrible Season 3 conclusion, which generated even more doubts regarding the mystical realm in which the sisters inhabit. So let’s have a look at the new season 4 of Charmed 2018 with www.tvacute.com.

Charmed Season 4 Episode 1, will release on Friday, March 11 at 8/7c, only on The CW, with a runtime of approximately 42 minutes. The four-season consists of thirteen episodes. In addition, you can watch the show live on VUDU, YouTube TV, fuboTV, or DirecTV.  You’re in luck if you want to catch up on the first three seasons of the Charmed remake. Netflix has Seasons 1 through 3 accessible to watch. Individual episodes will be available for purchase for $0.99 to $1.99 each on Apple TV, YouTube, Google Play, and Amazon Prime.

Charmed (2018) Episode 4.01 Synopsis: SEASON PREMIERE – Mel (Melonie Diaz) and Maggie (Sarah Jeffery) are learning to navigate life without their sister Macy – Mel distracts herself with new flings at magical hotspot, the Blue Camellia bar, while Maggie is taking on more than her share of demon hunting. Meanwhile, Harry (Rupert Evans) is struggling, mourning his lost love, and Jordan (Jordan Donica) has teamed up with Maggie while navigating his newfound magical powers. Across the country in Philadelphia, an unsuspecting young woman (Lucy Barrett)…is living her life…mechanic by day, muralist by night…when she’s suddenly thrust into a new world, coming face to face with the women she’s inexplicably seen in her dreams. Just as Mel, Maggie and Harry are uncovering information about this mysterious new person, Josefina (guest star Mareya Salazar) goes missing on her way to a pixie-pledging ceremony, and Mel and Maggie must rely on their “new third” to help their cousin…and find out if she is indeed the other Charmed One that they were told was “out there somewhere.” Kevin Dowling directed the episode written by Aziza Aba Butain and Jeffrey Leiber.

Melonie Diaz and Sarah Jeffery will reprise their roles as Mel and Maggie, the younger Vera siblings with molecular and temporal manipulation, foresight, and emotional inception among their abilities. To the dismay of the program’s viewers, Madeleine Mantock, who played the older sister Macy, officially stated that she had taken the painful choice to quit the show after Season 3.

Harry Greenwood, the sisters’ Whitelighter guardian and guide who fell in love with Macy, will be played by Rupert Evans. Jordan Donica reprises his role as Jordan Chase, who mistakenly unlocked a healing ability in the last episode of Season 3 in order to save Maggie the sorrow of losing her sister, mending the cut on her palm in the process.

The Power Of Three has been reignited thanks to the addition of Australian performer Lucy Barrett (Bloom) to the ensemble as the new Charmed One. Fans are curious about her relationship with the two surviving sisters, as well as her talents and why she has been labeled unpredictable. We will discover how this new personality will affect the sisters‘ relationship and how she will transform the magical world that they are still learning about. Dev, a prominent performer at the club, will be played by Kapil Talwalkar. The two will collaborate with the sisters, Harry, Jordan, Josefina, and Ruby, to solve the world’s myriad magical issues.

Season 4’s teaser, which debuted in January 2022, entices viewers in but doesn’t reveal much, putting fans on the edge of their seats, unsure of what the foreboding dark force approaching them may be, and who this new witch joining the Vera sisters is. Check it below.