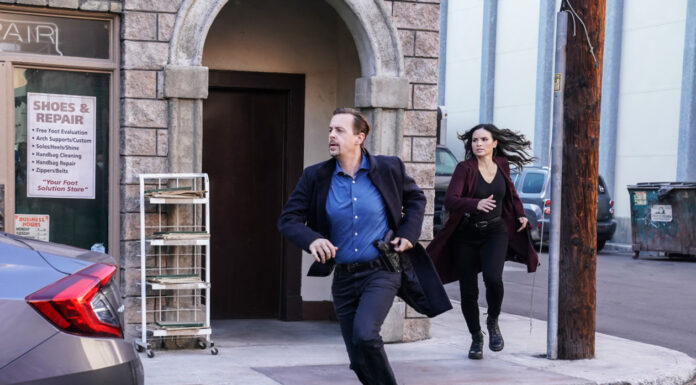 As the agents investigate a case, NCIS loves to divulge a lot of information. Take, for example, last’s episode 9, titled “Collective Memory”. Jess confesses that she hasn’t talked to her mother in months. Mr. Belvedere, Kasie’s pet hamster, was turned into a hologram. And Jimmy recognizes fashion, or at the very least an expensive bag, in the weeds outside a Naval base. Read Ncis episode 9 Recap below. What will take place next? To discover out, we’ll have to dig a little deeper. NCIS Season 19 Episode 10 (www.tvacute.com) has everything you need to know, including the promo and release date.

Tonight’s episode titled “Pledge of Allegiance” story looks like it’s going to be pretty clear. It’s been said that Navy Chief Warrant Officer Rafi Nazar is accused of giving away classified information. Is he really guilty? If this story turns out to be complicated, we’re expecting a lot of surprises to come at us from any and all sides. Kay Barlow are and Rafi outside of a building that looks like an embassy. The embrace makes us think that he could be innocent and that someone is just trying to make him look bad. People are going to be the focus of this story. look at the photos below.

‘NCIS’ Season 19 Episode 10 will air on CBS on January 3, 2022, at 9:00-10:00 PM, ET/PT. After airing on Tuesdays the previous season, the show will switch to Monday nights for the nineteenth season premiere. It will be available to watch online on CBS’ official website or Paramount+. You can also watch the upcoming episode on iTunes, Vudu, Google Play, YouTube, FuboTV, Amazon Prime (with a Paramount+ subscription), DirecTV, YouTube TV, Hulu + Live TV, Spectrum, and Xfinity’s VOD and Live-TV platforms.

The agents were caring to the body of a woman who had been deceased for roughly 12 hours when the NCIS episode began. With the fancy bag, a large diamond ring on her finger, and a Tesla in the parking lot, she was clearly wealthy. She’d been wearing opera glasses while watching a kid’s soccer game.

Sandra had been executed, as Alden Parker had deduced. The killer, after all, used a silencer. Furthermore, the calls she’d received on her cellphone had come from within her own home. Sandra, on the other hand, had a direct influence on how the NCIS agents solved her murder. A tech company spent days interviewing her in the weeks leading up to her death in order to create an interactive hologram. Parker referred to it as a Holo-Sandra. The hologram could hold extended talks with you. Jess did so in a dimly lit chamber within Sandra’s Bethesda house. Jess got to know Holo-Sandra so well that she’d drink a beer while talking to her. Holo-Sandra, for what it’s worth, disliked Torres.

Sandra reacted as if Ruby, her daughter, was Jess. She paid $250,000 to have the hologram made so she could tie up loose ends with her daughter. Sandra was also dying of cancer. Ruby still detested her mother. When she got at the NCIS office, she had spilled all of the tea. Ruby said that her mother was the female “Bernie Madoff” to the agents. She defrauded her clients to the tune of millions of dollars. Sandra’s son, Ben, committed suicide the day his mother confessed by driving off a bridge. Ruby was parenting Ben’s boy as if he were her own, and she was still enraged by her mother.

Who Killed Sandra on NCIS? Was it Butler’s fault?

Let’s have a look at the specifics. Geoffrey, her attendant, and butler, could have been the culprit. It’s always the butler, according to Kasie. And Geoffrey, who had been so forthcoming with his assistance in the beginning, vanished. Sandra’s lawyer, Beck, pointed out that Geoffrey was enraged because Sandra had left all of her assets to her grandson and had left him out of her will. After then, there was a menacing tone. Jess was informed by Holo-Sandra. Geoffrey’s handwriting was unmistakable. In addition, his fingerprints were on the letter, and the envelope had a forged postal stamp.

Sandra’s campsite was when Jess and Torres discovered Geoffrey. Geoffrey eventually admitted that someone had paid him $50,000 to write the memo and smuggle it to his boss. The agents discovered that Geoffrey was paid in bitcoin by an account called JamieTwoShoes. It was a mysterious figure. Let’s ask Holo-Sandra a question. Sandra’s best friend, a man who is as close to her as a brother. They’d been friends since college. He’d been given the moniker by her. Beck, her lawyer, was the one who called.

Beck confessed and provided the NCIS agents with additional information. “Sandra never embezzled any money,” Beck remarked, her eyes welling up with tears. “I persuaded Ben to assist me in stealing the money. I blamed her son for everything.” Sandra was, in fact, as sweet and loving as everyone said she was. With Jess, this came through. Jess contacted her mother after the NCIS episode concluded. Meanwhile, Ruby was able to communicate with her mother’s hologram.