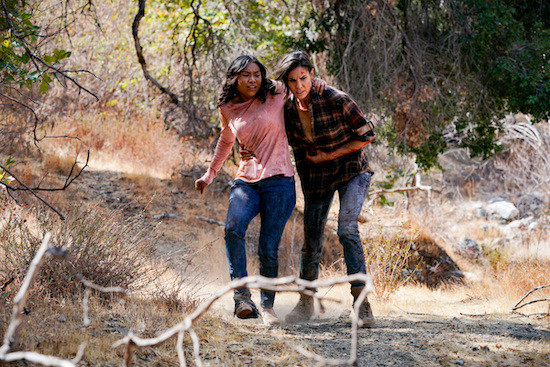 Unfortunately, on NCIS: Los Angeles Season 13 Episode 7, that matter was frequently overshadowed by an abundance of Deeks buffoonery. It was a pity that no one had been able to find a solution to help Vargas overcome his paralyzing disease. Vargas, who was opposed to drugs, was eager to try LSD to break free from his PTSD, which had taken over his life. The PTSD was eventually cured by the hallucinations created by LSD. Regrettably, it did so by putting an end to his life. read the episode 7 recap below. Fans of NCIS: LA has been eagerly anticipating what would happen next. To discover out, we’ll have to dig a little deeper. (www.tvacute.com) Here’s all you need to know about Season 13 Episode 8 of NCIS: Los Angeles, including the trailer and release date.

There are a lot of things to know about NCIS: Los Angeles season 13 episode 8. Kensi Blye will be in danger in a new episode. People are going to see a very personal story when they move into a new episode titled “A Land of Wolves.” It’s all going to be about Daniela Ruah’s character. To help migrants start new lives, she will be doing her part. But she will meet an unknown force that puts her life in danger. As a group, they’ll have to find her and make sure she gets out alive. Because the stakes are so high, this isn’t going to be easy for anyone.

NCIS: Los Angeles Episode 13.8 Synopsis: The NCIS team scrambles to find Kensi when she is attacked and kidnapped by a mysterious militia group while helping a group of migrants cross the border.

NCIS: Los Angeles Season 13 Episode 8 will release on CBS on January 9, 2022, at 9:00-10:00 PM, ET/PT. It will be available to watch online on CBS’ official website or Paramount+. You can also watch the upcoming episode on iTunes, Vudu, Google Play, YouTube, FuboTV, Amazon Prime (with a Paramount+ subscription), DirecTV, YouTube TV, Hulu + Live TV, Spectrum, and Xfinity’s VOD and Live-TV platforms.

For sure, we know there won’t be a new episode on January 16, but the good news is that there will be two on the 23rd. It’s a little weird, but we hope that these stories will be linked in some way to make this feel like a two-parter.

Adrian Vargas, a Navy Officer First Class, dies in a fall. Deeks chooses to turn their backyard into a zen garden while Kensi is abroad on a mission. That notion is dismissed by Sam and Callen. Vargas’ system contains LSD. On the USS Allegiance, where he worked with Vargas, Naval Intelligence Specialist Jason Renfro was arrested for trafficking LSD. Kilbride emphasizes the need for discretion in this probe. Renfro claims he was sharpening his attention with microdoses of LSD. Renfro maintains that he did not sell LSD to Vargas and that he has no idea where his LSD came from. Vargas was looking for PTSD treatment centers, and Deeks comes across a business card for one of them in a book. Vargas’ boyfriend claims the Navy killed him because it failed to properly treat his post-traumatic stress disorder. Vargas, he added, would not have used narcotics.

Renfro would get texts advising him where he could get the narcotics. Callen tells Sam that he’s on the lookout for Hetty. Roundtree pursues a fleeing Prophet Mahee Mahee, whose spiritual center had received a $500 donation from Vargas. Vargas’ therapist, Dr. Evelyn Bernhard, described his PTSD as the worst she had ever seen. She had referred him to an LSD-administering clinic. Fatima uses an algorithm to identify civilian contractor Randall Davis as Renfro’s most likely LSD supply. He could potentially be the one making the drugs. Davis fires at Sam and Callen before attempting to flee, but Deeks and Roundtree stop him. Vargas spoke with Bernhard on the day of his death, according to surveillance. She gave him gummies laced with LSD. Callen informs Sam that he has decided to abandon his hunt for Hetty. Even though she’s been cleared, Fatima admits to Kilbride that she’s having nightmares about returning to the field. As an introduction, Callen runs into Leah, Hetty’s link, and talks her into a supper.