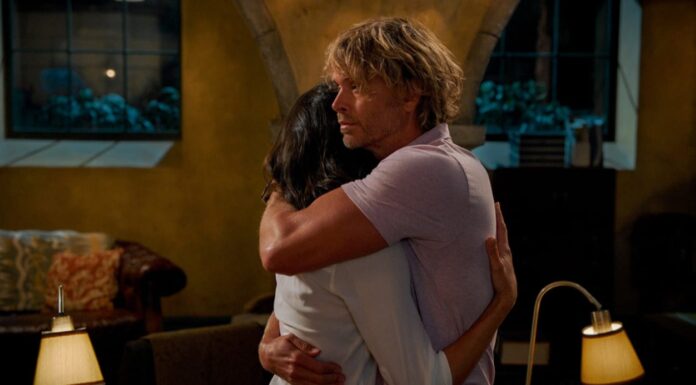 The crew recognized the man’s objective had gone horribly awry on NCIS: Los Angeles Season 13 Episode 5. The command, on the other hand, was unimpressed that the agents had caused so many problems that they had to interrogate each one individually. Callen discovered shocking details about the mission and how he was intended to assist. Do you want to know what is ahead? To discover out, we’ll have to dig a little deeper. (www.tvacute.com) Here’s all you need to know about Season 13 Episode 6 of NCIS: Los Angeles, including the trailer and release date.

In episode 5, titled ‘Sundown,’The main focus of the new episode 6 will be a massive hostage crisis, according to CBS. A crazed father will seize a bus full of hostages and threaten to blow them all up unless they clear his daughter’s name of war crimes! Sam will try to bargain with the lunatic, while Devin Roundtree will go undercover. On the otherhand, Marty Deeks (Eric Christian Olsen) and Kensi Blye (Daniela Ruah) are shown in a sort of stakeout, peeking at other prospective adoptive parents heading to meetings. They’ve spent hours filling out paperwork and are ready for the next stage. Adoption may be a scary procedure, and this is something these two characters are now discussing. They desire to show off their finest selves. After this episode, we hope that the two will receive fantastic news — if nothing else, they may move on to the next phase! We recognise that adoption does not happen overnight, but we are excited to watch the process unfold. You may now read the episode 56 synopsis!

NCIS: Los Angeles Episode 13.6 Synopsis: Sam negotiates and Rountree goes undercover when a man takes a busload of hostages and threatens to blow it up unless his daughter’s war crimes are posthumously cleared.

Laura Song, an undercover agent who may have been compromised, is picked up by Callen and Sam. On a Sunday, Kilbride summons Deeks and Kensi. He entrusts Laura’s safety to the team. Laura’s daughter Lily is being picked up by Deeks and Kensi. At a safehouse, Fatima and Roundtree activate the ops center. The safehouse was shot up an hour later, and Laura was killed. Inspector General Akhil Ali of the ONI investigates the incident, interviewing each of the agents individually. Laura tells Callen about Kilbride’s spy recruitment. The electricity goes out, and cell service is lost. Callen explains why Laura was not given a weapon. Sam and Laura have a discussion about parenting. The call from Deeks to Sam was cut off. Through the skylight, an assassin emerges.

As Sam props him up, he is shot by another assassin. A flashbang strikes Sam and Callen, and the assassins kidnap Laura. The power went out as Fatima was praying, according to Roundtree. Because she was shot in the leg, Fatima is on crutches. The intruders, she claims, enter via a shattered door. They save Laura from two assailants before becoming involved in a firefight. Fatima is assassinated as she rushes to the elevator. Laura secures Roundtree and Fatima on the elevator’s top floor. Lily tells Deeks and Kensi about her father’s death when she was younger. Deeks is perplexed as to how Laura managed to keep her business running after her husband died and she was left as a single parent. Kensi abandoned Deeks and Lily and dashed to the safe house, where she discovered Laura dead. Kilbride is questioned by Ali as to why he arrived and then left before Kensi arrived. Kilbride confesses to Ali that he shot Laura. Laura had been turned by the Chinese, he claims. Laura was being rescued by the tactical team. He tells Ali to put everything he’s heard out of his mind.