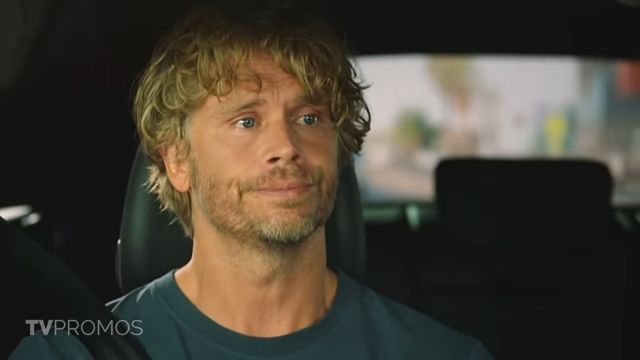 Hetty has returned on NCIS: Los Angeles Season 13 Premiere. Despite Callen’s suspicions that Hetty is concealing information about his history, Callen returned at the end of the episode to continue his conversation with Hetty, but Kilbride informed him that she had returned to Syria. Zasha is dispatched by Callen to locate Hetty. What is going to happen next? We’ll have to dig deeper to find out. (www.tvacute.com) Here’s everything you need to know about NCIS: LA Season 13 Episode 2, including the promo and release date.

The CBS show will tackle the current treatment of Asian Americans in “Fukushu.” What can NCIS do about racism, hate crimes, and other awful atrocities that have happened to an entire community since the start of the global health crisis? They’re doing everything they can to get justice in this episode. While this will undoubtedly be an emotional episode, This is part of the show’s DNA, but we know there are additional long-term plot arcs in the works! Consider the possibility of Frank Military reprising his role as Kessler, Kensi’s horrifying arch-enemy from last season. Another question is how the new structure will affect some of the NCIS: LA team’s casework. Remember Kilbride is back and Nell/Eric are gone. watch the promo.

NCIS: Los Angeles Season 13 Episode 2 will air on CBS on October 17, 2021, (9:30-10:30 PM, ET/9:00-10:00 PM, PT) After airing on Tuesdays the previous season, the show will switch to Monday nights for the nineteenth season premiere. It will be available to watch online on CBS’ official website or Paramount+. You can also watch the upcoming episode on iTunes, Vudu, Google Play, YouTube, FuboTV, Amazon Prime (with a Paramount+ subscription), DirecTV, YouTube TV, Hulu + Live TV, Spectrum, and Xfinity’s VOD and Live-TV platforms.

Someone is breaking into the OSP archives, and Hetty gets alerted. It’s Callen on the other end of the line. He discovers a file pertaining to Subject 17. Kensi wants Hetty to be an adoption reference, but Hetty declines, offering to find someone further up the ladder who will. Subject 17 isn’t Callen, according to Sam. In order to find Katya, Joelle kidnaps Zasha Gagarin, who has returned to the nation. Hetty had taught her orphans in espionage, according to Arkady. Callen’s buried memories are starting to surface. Callen is warned by Kilbride about Joelle’s activities. Joelle receives a call from Callen demanding that she bring Zasha to the Boatshed. Hetty is badgered by Callen until she reveals he’s Subject 17.

Zasha works for OSP, according to Callen. Callen makes a threat to Joelle. Six shooters are stationed around the Boatyard. Through the trapdoor, the trio is able to flee. Zasha has been kidnapped by four gunmen, but Sam blasts up their cars, forcing them back inside. They refuse to give Joelle a gun, so she chases the gunmen inside. They are joined by the remainder of the team. Kilbride is adamant about a nonlethal attack since he does not want a global issue. Fatima surprises everyone by driving Sam’s car into the wall. Roundtree uses a new device to take out Joelle. Kensi admits to Deeks that she has mixed feelings about adoption. As a result, they decide to keep trying for their own child. Hetty has departed for Syria. Callen dispatches Zasha to find Hetty.