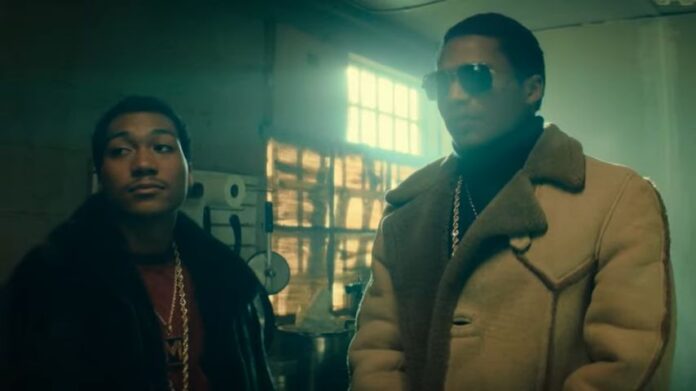 In BMF Episode 3 we saw, Lamar takes leadership of the 12th Street Boyz, but Filmel is still alive and may cause him problems in the future. When Detroit was the murder capital, Meech and Terry started generating money in the downriver villages.  ” #BlackMafiaFamily #50cents #MarkiceMooreMeech has a variety of troubles with Lamar, including B-Mickie standing up to him and telling him that he should make his own decisions, Kato leaking information to Lamar, and being evicted from his home. Lamar and Meech will meet again at some point, but this time on the streets with nothing between them. Fans of 50 Cent are eagerly anticipating the release of episode 4 of Black Mafia Family. titled “Heroes” is the season’s fourth episode. Fans are eagerly anticipating this episode. Tvacute.com has a BMF Episode 4 promo. plus BMF eps 3 recap.

BMF Episode 4 Synopsis: Lamar’s reign of terror continues, as he works overtime to shut down The 50 Boyz for good. the episode was written by Patrick Moss.

BMF New Episode 4 will release on October 17 from 9:00-11:00 p.m. ET on Starz.  The drama series Black Mafia Family has an eight-episode. BMF Episode 1 is available for streaming on Starz also available on HULU. The series premiered worldwide across all Starz platforms.

On BMF Season 1 Episode 3, we see how much the BMF brothers trusted. Pat, Meech’s tutor, found him after Jame-death. Then Meech started hallucinating about Jame mo’s dead body. Pat confronts Meech about his tardiness, and he offers him six days to catch up or else. Swift (Snoop Dogg) visited Terry (Terry Flenory) and his family after he left the hospital. Charles noticed Pastor Swift holding Lucille’s hands during their prayer. He warned the family about a possible lawsuit owing to Terry’s irresponsibility. Lucille informed Charles of the bank’s final notification. Charles (Russell Hornsby) was working hard to pay off his past-due mortgage. Meech took on the family’s mortgage. His mother urged him to keep it hidden from his father. Terry told Meech their problem. Tee suggested selling higher quality dope to manufacturing workers to generate money faster. In front of Terry’s family, Det. Bryant and Lopez questioned him about his shooter. He claimed ignorance. Det. Lopez asked him about the Mercedes. The accusations enraged Charles, while Lucille defended her brilliant son. But LaWanda had to defend Tee on the Benz. After the interview, Lopez questioned Bryant’s allegiance and he threatened Lopez. The 12th Street Boys met to discuss their two absent leaders.

Filmel (Markice Moore) was beaten to a pulp in the hospital and Jame-mo was missing! So Lamar proposed a strategy to allow the 50 Boyz to accumulate wealth and then take over when they were rich. Lamar was regaining control. Filmel was in the hospital. He had a visitor… Lamar. Meech went to the factory to find B-Mickie and Kato had sold nothing. Meech was enraged and decided to infiltrate and sell his dope to the workers. They got the food truck owner to give up his spot. Meech was alerted by a club dancer to a smoker. He offered him a free sample and told him to come back the next day for more. They made enough money in a few days to pay Pat (Wood Harris) and buy their own work. Det. Bryant swooped on Meech and Terry to talk about Jame-mo. He’s been gone since Bryant left him. Meech claimed ignorance and that the move sounded like a 12th Street Boys crew internal takeover. A new narcotics task force was also mentioned by the detective. He can’t defend them anymore. Terry approached Meech about Jame-mo. Tee feared for his body. It’s either they’re equal partners or he walks.

Meech went to repay Pat. When he entered the room, he was stunned. Pat smoked his own. Everyone met up later that night for Terry. Tee addressed his brother for not being involved. Lamar surprised Kato (Ajiona Alexus) in the bathroom. She seems to know him. He questioned her about the BMF’s inner workings, but she knew little. He demanded to know where they kept their drugs and cash. Meech saw several 12th Street guys at the party with Lamar. Terry thought Lamar had shot him. Meech had to restrain his brother. As soon as Charles arrived home that night, he confronted Lucille. She asked for his aid with the mortgage. To her credit, Lucille admitted that she was unaware Meech had paid the mortgage. Charles requested a refund. He was enraged and threw Meech’s key back on the table. Meech went to meet Monique about Lamar. Meech knocked on Monique’s door to alert her that Lamar was in the house without her knowledge. When Lamar arrived at the door, Meech and Lamar exchanged profane comments. Meech draws his weapon and points it at Lamar. Monique had to step in to safeguard her child, threatening Meech with a police report if he didn’t stop. 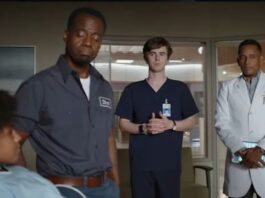