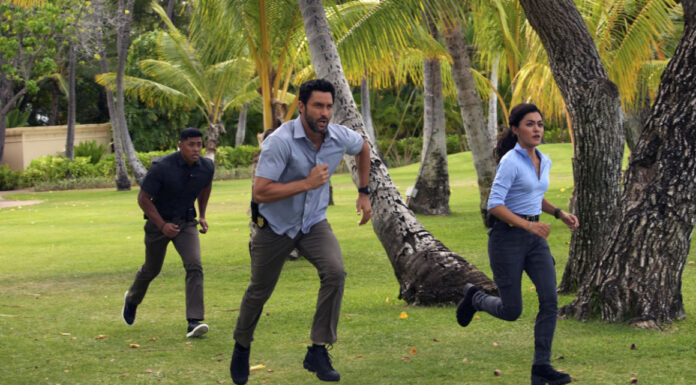 A Navy petty officer is murdered in NCIS: Hawai’i Season 1 Episode 7, Jane and the crew investigate while protecting the victim’s buddy and colleague.  What will happen next? Are you are eager to watch the new episode 8. NCIS: Hawaii is returning after an action-packed episode. The next episode, called ‘Legacy,’ is airing following the team’s two-week hiatus.  Here’s (www.tvacute.com) everything you need to know including the promo and release date.

NCIS Hawaii Episode 8 Synopsis:– When an anti-capitalist protestor is murdered, Jane and the team investigate and find themselves caught in a war between eco-activists and a tech billionaire fighting over a piece of land. Also, Jane and Captain Joe (Enver Gjokaj) go on a date. WRITTEN BY: Yalun Tu and DIRECTED BY: Lisa Demaine

NCIS: Hawaii episode 8 will air on Monday, November 29 at 10:00-11:00 PM, ET/PT on CBS. and available to stream live and on-demand on Paramount+.  Live TV services such as FuboTV, Hulu with Live TV, YouTube TV, and DirecTV stream allow you to watch new episodes of NCIS: Hawaii on CBS.

A Navy Petty Officer, Dave Andrews, is murdered. La mort sur la plage. But evidence suggests he was killed somewhere by a rear-end impact. Vanessa Lachey’s character, SAC Tennant, took the case. Tennant and her crew discovered Andrews was a former Navy Rescue Swimmer, according to Celebrity Dirty Laundry. His girlfriend, Tracy Moore, was the first black Rescue Swimmer in the history of the island’s Coast Guard. Moore took a day off work to go camping, shaken by recent events.

When she returned home, the NCIS team met her at the door. Strangely, she heard music inside, despite having turned off all electronics before leaving. Kai and Tara arrive armed with a stunning surprise. Pink teddy bears adorned the house. a creepy love song playing on the radio, bloodstains, and an amazing display of pink teddy bears. Why we wondered. The team decided to check up on Moore. She was clearly hiding something. They discovered she had no digital presence from 18 to 25. She had had one social media post before joining the Coast Guard at 18. Kai met Moore at her daily training pool. Moore revealed her past. Moore claims she was pressured into a relationship with Eddie Foreman, who made her a lookout during a heist.

During the robbery, Foreman set fire to a building, killing a couple living above. Since then, Foreman has been released on early parole. Moore suspected Foreman of planting the pink teddy bears and murdering her ex-boyfriend Dave Andrews. The squad learns Foreman paid a convict to kill Moore. But he was captured and slain before he could finish. Meanwhile, the crew continued to look for direct evidence linking Foreman to the crime. Tara was present when Foreman arrived to kill Moore. Tara and a Coast Guard member stopped Foreman, who was eventually charged with murdering Navy Petty Officer Dave Andrews. Moore may now resume her normal existence. Kai invited Jesse to his Dad’s restaurant to congratulate him on his newest test results.