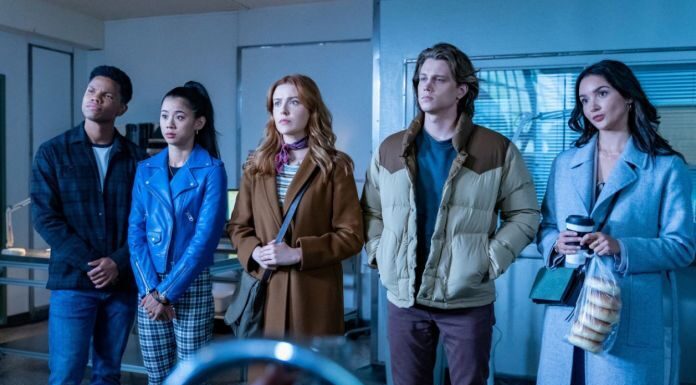 There were a lot of twists and turns in new season of Nancy Drew and we will get everything you expect from an entire season of this mystery drama. The reappearance of Temperance Hudson is the episode’s primary event. Following their rescue of Ryan and Nancy from The Man in the Hat, the two meet with Temperance. She explains that she knew the Women in White were going to kill her back in the 1800s. She used a hex to resurrect herself after seven generations, allowing her to return to Horseshoe Bay. The new season has piqued the interest of viewers. So, here’s what to expect from ‘Nancy Drew’ season 3 episode 2 titled ‘The Journey of the Dangerous Mind.’ Everything we know about Nancy Drew Episode 302 so far, including the release date, cast, and narrative, can be found on www.tvacute.com.

The third season has begun on an ominous and scary note, as seen by the crew’s concern. In episode 2, ‘The Journey of the Dangerous Mind,’ they must prepare for the worst. Nancy will be drawn to her counterpart in law enforcement on her first day of work investigating the Frozen Heart killings. So we should expect sparks to ignite between the new community liaison and her coworker. Also, Temperance will have news from the cops, and Nancy’s father and Nancy’s mother may disagree over parenting. Nick and George’s relationship will be put to the test, while Bess will try to solve Ace’s strange series of misfortunes. Here is a promo to help you prepare!

FROZEN IN TIME – As The Drew Crew investigates the Frozen Heart murders, sparks fly between Nancy (Kennedy McMann) and her counterpart in law enforcement on Nancy’s first day as the Community Liaison – and Temperance (guest star Bo Martynowska) makes a startling offer at the police station. Meanwhile, Carson (Scott Wolf) and Ryan (Riley Smith) have conflicting opinions on how Nancy should be parented, a mishap tests Nick’s (Tunji Kasim) and George’s (Leah Lewis) relationship, and Bess (Maddison Jaizani) tries to protect Ace (Alex Saxon) from a string of bad luck that may not be coincidental. Amanda Row directed the episode written by Celine Geiger and Andrea Thornton Bolden

Nancy Drew Season 3 Episode 2 will release on The CW on Friday, October 15 at 9 p.m. EST. The show aired on Wednesday nights last season. Nancy Drew was rescheduled to a new Friday time slot after the network reshuffled its programming. The show will be available to stream on CWTV as well. The new season is also available on HBO Max, a niche streaming provider. In addition, Amazon Instant Video, iTunes, and Google Play will have the episode accessible on demand. If you want to watch the screener live, you have the choice of using Vudu, Fubo TV, YouTube TV, Xfinity Stream, or DirecTV.

Someone in Horseshoe Bay is taking people’s hearts out of their bodies and freezing them. Nancy’s interest in solving the case swiftly grew very personal when the first victim turned out to be someone who was tracing every live Hudson family member. Of course, temperance is a possibility, but Nancy’s youthful ancestor refused to admit anything. Instead, she made a few terrifying predictions about the Drew Crew: “One of you will betray your real love, one of you will lose your heart, cause devastation on this earth, will forsake what is dearest to you.” And only one of you will achieve your goal… “As a result, the others will collapse.” Nancy was unable to gain admission to Columbia University. She now believes that she was born to thrive in the environment she has been given. She’ll have enough to do now that she’s been designated the official police liaison for Horseshoe Bay’s town council. In other scenes from the premiere, Nick surprised George with his own proposal (with family members present! ); Bess tried unsuccessfully to fill the void in her heart with a series of no-strings-attached flings; and Ace revealed that he’s getting a little too involved with Amanda’s recently released father.