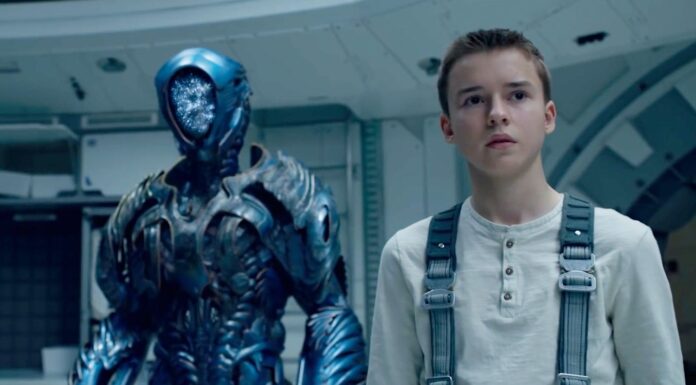 The third and final season of Netflix’s Lost in Space debuted on Dec. 1, presenting the most complete and dramatic representation of Robot to date. An extinct extraterrestrial race produced various war robots, including the Robinsons Robot. Robot befriends Will Robinson and eventually the rest of his family, but his robotic peers are hellbent on murdering Alpha Centauri’s human colonists for stealing their interstellar travel technology. Fans are more curious to know Who Were the Robots’ Creators in Lost in Space Season 3? What Is the Number of Robots? here’s (tvacute.com) all answers to your question.

Who Invented the Robot in Lost in Space?

Season 3 of Lost in Space acknowledges and discloses who created Robot and his kind…sort of…for the first time in the series. Will sees some crude art and a strangely shaped skull when he and Robot visit a vanished civilization’s metropolis. This shows that the robots were constructed in the image of their creators.

Because the robots are enormous, gangly beats with four arms, this is somewhat unsettling to imagine. It’s also indicative of the alien race’s arrogance. In general, humanity avoids constructing artificial intelligence in its own physical image. The psychological idea of “the uncanny valley” states that humans will be suspicious of beings that resemble us but are not identical to us. That didn’t seem to be an issue for the robots’ forefathers. The alien culture has vanished, but the robots go on, programmed to protect and maintain a civilization that no longer exists. As a result, their story is bittersweet.

What Is the Number of Robots in Lost in Space S03?

Throughout the series, Lost in Space never gives a complete tally of the number of robots in action. However, there appear to be dozens, if not hundreds, of robots in the climax scenes of the seasons 2 and 3 finales. Because robots are so powerful, that should be more than enough firepower to erase the human problem from their interplanetary area.

Though we don’t know the precise number in play, the Robinsons and Alpha Centauri colonists have encountered and labeled a few “major” robots. Of course, the first is Robot himself. Then there’s SAR (or “Second Alien Robot”), the series’ adversary. Scarecrow is a jerk onboard the Resolute who has been enslaved to control intergalactic flight. Penny Robinson befriends a robot named Sally in the show’s last episode. Overall, there are a lot of robots with actors’ names to keep track of… Especially when the robot isn’t physically present in the situation. Despite the fact that Robot is played by Brian Steele in a real outfit, the other robots could be a mix of practical and digital effects.

“Body language is one of the most difficult things to achieve with CGI,” he explains. “Even though Robot, SAR, and others appear to be similar, we put a lot of thought into how to make them feel radically different. We need to show that by changing their expressions and how they hold themselves. It’s not like Scarecrow has gold hair and SAR has brown hair. In their mechanical whirs, they each have a different tenor.”