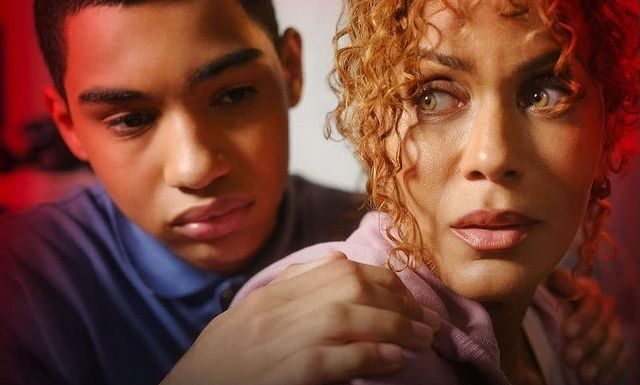 Lifetime lovers will be pleased to learn that the channel has returned with a new scary horror film named ‘Safe Room,’ which will undoubtedly impress you. Here’s what you need to know about Nicole Ari Parker’s Thriller Movie Safe Room.

In the new original film, Station 19’s Boris Kodjoe makes his directing debut. The actor takes to the director’s chair for a film starring his wife, Nicole Ari Parker. In ‘Safe Room,’ a single mother tries to safeguard her autistic son (Nik Sanchez) who hides in a panic room to avoid thieves (Mackenzie Astin and Drea de Matteo) they’ve observed committing a murder.

A critical favorite, The Incredibly True Adventure of Two Girls and a Boy in Love (1995) was where she made her movie debut. She then appeared in Boogie Nights (1997). On Chicago P.D., she is Deputy Superintendent Samantha Miller and Lisa Todd Wexley in And Just Like That…

For his roles in Brown Sugar and Soul Food, Damon Carter on Showtime’s drama Soul Food, and on FOX’s The Last Man On Earth, he is best known. A lot of people know him from his roles on the BET show “Real Husbands of Hollywood,” as well as the Grey’s Anatomy spin-off show, “Station 19.”

Her roles on shows like Desperate Housewives, Joey Tribbiani’s sister Gina on NBC’s Joey, Wendy Case on FX’s Sons of Anarchy, and Adriana La Cerva on HBO’s The Sopranos, for which she won the Primetime Emmy Award for Outstanding Supporting Actress in a Drama Series. She also played Detective Tess Nazario on NBC’s Shades of Blue, which is about a police officer.

When will ‘Safe Room’ be released, and where will it be available to watch?

What exactly is the ‘Safe Room’? Safe Room movie synopsis

Lifetime’s new thriller Safe Room, stars Nicole Ari Parker, Drea de Matteo, Nik Sanchez, Mackenzie Astin, and Boris Kodjoe (who also makes his directorial debut). The movie centers on recently widowed Lila Jackson (Parker) and her 14-year-old autistic son Ian (Sanchez). Since the death of her husband, Lila is grateful for their kind neighbor Neil (Kodjoe), who looks out for them. After Ian accidentally witnesses a break-in in the house across the street and records the horrific murder of the homeowner, Lila becomes embroiled in a deadly struggle to protect her son from intruders Dominic (Astin) and Rocco (De Matteo), who will stop at nothing to retrieve the video evidence of the crime and silence them. Hiding and trapped in a makeshift panic room created by her late husband, Lila and Ian must use all of their strength and intelligence to outsmart the intruders to save themselves.