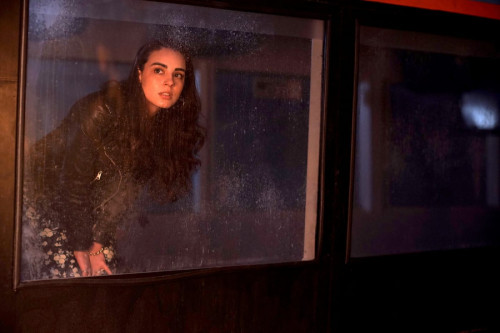 With its gigantic sinkhole that connects to a primitive world below and drags those above into byzantine secrets, NBC’s La Brea has received a lot of attention. This is an emotional story about a Harris family, but it’s also an emotional story about all the survivors who are trapped in the sinkhole, trying to figure out how to get home and how to survive. In the coming episodes, we will see the characters face physical, emotional, and psychological challenges that we are inextricably linked to. So are you ready for a roller coaster ride in action?   you can take a glimpse of La Brea Episode 2 titled “Day Two” synopsis, photos, and promo with www.tvacute.com below, which will enable you to understand the episode better. Plus read the episode 1 recap below.

La Brea Episode 2 Synopsis: With Josh’s life on the line, Eve traverses the dangerous wilderness back to the clearing to save him. Desperate to kickstart a rescue mission, Gavin and Izzy work to prove there are survivors alive inside the sinkhole as government agents track their every move.

La Brea stars Natalie Zea (Justified) as  Eve Harris, who is in the car with her children, Izzy and Josh, in Los Angeles. They’re squabbling over their parents’ divorce. The sinkhole suddenly bursts, and havoc ensues. The vehicle collides. The Harris family is in charge. Josh comes to a halt to assist a young girl. Josh is knocked out. Eve searches for Josh. Izzy makes an attempt to save her mother. Gavin Harris, a nearby resident, was searching for an Air Force position when he watched the sinkhole disaster on television. He rushes over to Izzy as quickly as he can, and their reunion hug was heartfelt. Eve is in a prehistoric world surrounded by forests and trees. She meets another man named Ty, who does not believe this is a genuine place. Josh and she are reunited. To live, everyone down there believes that they must work together.

Josh and Eve locate a dead man after catching a woman stockpiling food. They are approached by an enraged wolf. They dash towards the automobiles, and everyone else follows suit. Josh is bitten by the wolf, and Eve is scared. Dr. Samuel transports Josh to the bus and requests that Riley obtain the first-aid kit for him. Dr. Sophia Lathem, back in Los Angeles, speaks about the catastrophe and says there will be no rescue operation since she believes no one could have survived. Gavin begins to see Eve and Josh in the afterlife, but no one believes him.  Izzy and his sister Jessica (Ione Skye) begin to suspect when he discovers Eve’s necklace near a boulder. In an ambulance, Dr. Daniel, Eve, and Ty uncover more supplies. They understand they’re still in the Los Angeles area and discovered by a mountain lion.