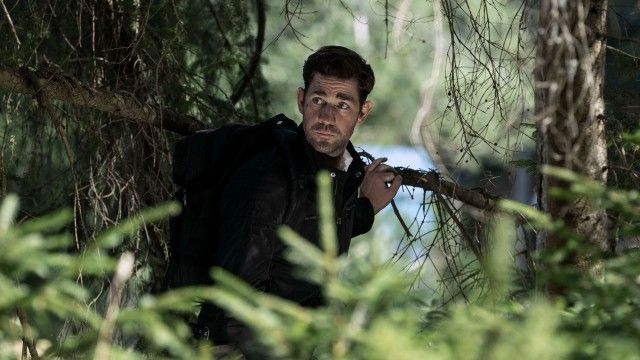 Jack Ryan, The CIA star analyst-turned-spy is followed in Season 3 as she embarks on yet another dramatic mission, full of suspenseful, exhilarating activities. With Ryan’s perilous adventures in Venezuela, his tight escapes, and some unanswered concerns, the second season came to a finale. In the third season, all of these questions and more will be resolved.  One of the most anticipated television programs of the year, Jack Ryan Season 3 is set to premiere in December, and fans will undoubtedly be eagerly anticipating it. Why not read our comprehensive guide on the release date, storyline, trailer, cast, and characters, as well as everything we (tvacute.com) currently know, about Jack Ryan Season 3 while you wait for the release of the new season?

Jack Season 3 has eight episodes with a 50-minute average run time. On December 21, the day of the season debut, all eight episodes will be available to view simultaneously only on Amazon Prime Video. According to reports, the series’ fourth and final season will air sometime in 2023.

The political action thriller starring John Krasinski is based on author Tom Clancy’s eponymous series and was made by Carlton Cuse and Graham Roland. In addition to directing the third season, Krasinski is one of the show’s executive producers.

Jack Ryan Season 3’s official trailer is wonderful, but that’s not enough. It’s thrilling. The clip portrays the CIA agent caught between his agency proclaiming him a fugitive and his foes, as we know from the series premise. Jack becomes a fugitive and stops a nuclear war after discovering a big worldwide criminal enterprise. As the footage demonstrates, his employer, James Greer (Wendell Pierce), and Mike November played by Michael Kelly support Jack. Jack’s goal in the new season will keep viewers on the edge of their seats as he flees Russian assassins and the CIA abandons him. The teaser shows more high-octane action, firepower, and European automobile chases. Watch the trailer above for CIA’s golden boy’s dangerously exhilarating rollercoaster ride!

When and where was the third season of Jack Ryan filmed?

You might assume that the postponed filming is to blame for the delayed release. On the other hand, filming for Jack Ryan Season 3 started in May 2021 and took place in a number of foreign locales, including Prague. You may anticipate seeing another set of stunning locations in the third season given the global scope of Ryan’s operations. That’s not all, either. In Croatia, the fourth season’s filming has already begun as of February 2022.

What Is the Story of Jack Ryan Season 3?

Although the majority of the characters in this series are the same, each season features a unique plot and objective, giving the series as a whole a bit of an anthology vibe. Jack Ryan will be in a new location with a new objective in Season 3, much as Seasons 1 and 2 had their own unique circumstances that sent the CIA agent to other parts of the globe. This season, Jack Ryan is working in Rome when he learns of a serious global threat in Russia, where a group of autocrats have developed a plan and the necessary tools to bring back the USSR based on a 50-year-old covert plot. The CIA is afraid of sparking a global incident when he informs them of this information. But Jack believes that this poses a serious risk that could ignite a new World War. As a result, Ryan himself becomes a CIA target and a danger to the Russians who want to kill him. In addition, The new season will presumably cover Ryan’s personal life. His breakup with Cathy (Abbie Cornish) was never seen. Cathy’s absence in Season 2 is never explained, except for his single status. Cathy may appear in the fourth and final season, despite not appearing in the third. Thus, this may be a third-season topic.
Here is the official Jack Ryan Season 3 plot summary, as provided by Prime Video:
”In Season 3 of Tom Clancy’s Jack Ryan, Jack races against time and across Europe to stop a rogue faction within the Russian government from restoring the Soviet Empire and starting World War III.”
On Wednesday, December 21, the season premiere.