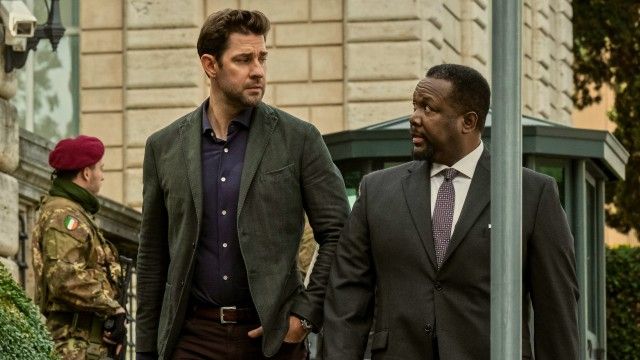 The third season of “Tom Clancy’s Jack Ryan,” starring John Krasinski, is now available on Amazon Prime Video. The plot might sound familiar. We follow Jack Ryan, who is currently based in Rome, as he unearths a covert Russian plan to invade neighboring nations and restore the Soviet empire. Alena Kovac, the president of the Czech Republic, finds herself in a precarious situation with Russia as a result of a domestic killing.  (tvacute.com) Here is all you need to know about the conclusion of Jack Ryan Season 3 Episode 1 in case you missed any of the exciting moments.

At Matoksa, a testing location where we are aware that the Russians are preparing something lethal, a Russian commander and his team have come. The General and the techs are introduced. The project manager informs the team that the launch test vehicle experienced a setback and that they will require an additional six weeks. The General acknowledges their situation and thanks them for a job well done. The man shakes the scientist’s hand as well. But as soon as he and his second-in-command leave the building, he orders his squadron to wipe out the team. Why? because continuing would be too dangerous. the mindset of the Cold War in 1969. What is the name of the project?
Now that Jack Ryan is meeting an asset while undercover, He starts her cigarette and introduces himself as Zoya. She hands him a tiny chip right away that appears to be compatible with any smartphone. We now know why Jack is looking into the Sokol project since Zoya is aware of it. She explains that it is a nuclear weapon designed to be radar-invisible. The project was abandoned in 1969, as we read above, but it has since been restarted. James (Wendell Pierce), who rightly smashes his balls in the process, receives the information from Jack. Jack’s new boss is not a fan of heroes. She goes by the name Elizabeth Wright and is the actress who played Betty Gabriel in the film Get Out. That’s not Jack’s style, as he proceeded on his own to meet Zoya on an unauthorized mission. 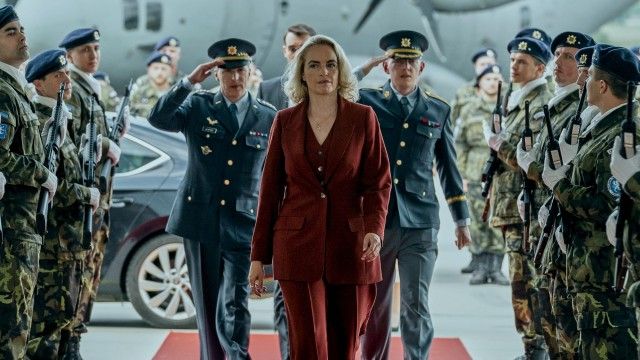 Alena Kovac, the president of the Czech Republic (played by Nina Hoss), meets with Dmitry Popov, the Russian minister of defense, in preparation for peace talks. She is in a difficult situation as she prepares to meet with them during the NATO meeting. Why? mostly because she is torn between hard-liners and pacifists. But when she keeps talking to Popov and drives him to the greatest football game of the year, it becomes clear that she is being used as a pawn. A stunning blonde woman waits impatiently in a bar for an unattainable date. The bartender makes advances toward her and seizes the occasion. She was going to surprise the guy with him because she had two tickets to the soccer game. He then pours her a drink and extends an invitation. He rushes outside as soon as they pull into VIP parking and declares that they can see the field from here.
The woman then uses a shock pistol to assault him from behind. The woman’s spouse sets up his sniper rifle next to the car as he is dozing off. He shoots Popov in the head shortly after while conversing with Alena Kovac. The bartender is awake and having problems moving when Alena Kovac’s security detail shows up where the shot was fired, and the agents leave the rifle in his hands. He takes two shots from the agent. He may also be involved in the assassination scheme, something tells me.
Jack has learned that a SOG Team is escorting the delivery of Sokol on a Russian freighter. In a fantastic scenario, they board the ship in their SDV (Seal Delivery Vehicle), fire harpoons that stick, and proceed to climb the enormous ship in a complete 90-degree angle. However, when they find the cargo, a scientist by the name of Yuri is inside. Jack notices a little breathing tube emerging from the luggage.

Jack Ryan needing to jump from the ship after repelling a Russian attack, but they barely succeed in getting him off this ship. An extraction squad is waiting for them when they arrive on the beach. Then Jack starts to interrogate the scientist. Yuri has spent four years working on Sokol. He was a member of the team working on reflection admissions, and the weapon is little. Therefore, it is undetectable by any radar. He won’t respond to more inquiries until he is given asylum. At that point, we assume a Russian kill team will arrive. All of the team is eliminated, with the exception of Jack and Yuri.
That, however, is short-lived. They are pursued once more as they enter Greece, and when they abandon the car and seek refuge inside an apartment building, Yuri is wounded in the back. A father and kid are securely escorted from the floor by Jack after dragging him up the stairs. When the assassins arrive, they kill Yuri while Jack flees for his life. He unintentionally shoots a police officer while shooting bad people, jumping from roofs, and breaking windows. Nevertheless, he made it to the safehouse where Elizabeth Wright (Betty Gabriel) had instructed him to go, but when he got there, he saw some individuals watching the area. What is happening?