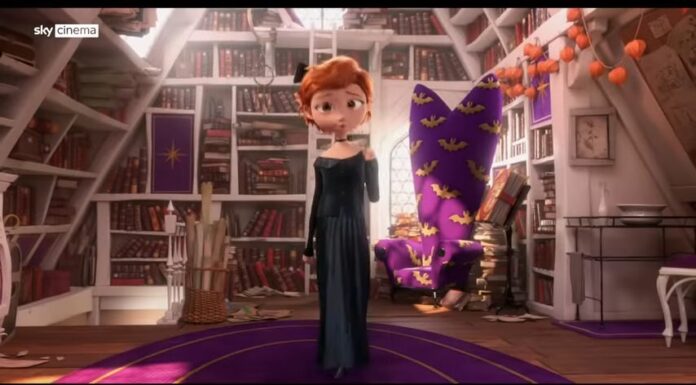 The film “The Amazing Maurice,” which was directed by Toby Genkel and Florian Westermann, features an original concept and storyline that both kids and adults will find entertaining. The narrative pierces the fourth wall and gives the spectator a glimpse inside the characters’ thoughts while they speak with them in order to reveal their secrets and cunning schemes. Malicia (Emilia Clarke ) serves as the primary narrator throughout, but Maurice only takes over when he wants to stand out or when he wants to confront the audience as they judge his careless behavior. The Amazing Maurice film is a sure hit with the young audience since they can enjoy the adventure as well as the interactions, thanks to the exceptional voice-acting cast that gives the voices to the distinctive characters.  (tvacute.com) Here is all you need to know about the conclusion of The Amazing Maurice Movie in case you missed any of the exciting moments.

‘Amazing Maurice’ What’s the movie about?

Maurice (Hugh Laurie), a talking cat, and a group of talking rats, and Keith, a human, scammed various human towns to make a living. When Keith (Himesh Patel) plays his flute to imitate the Pied Piper and drives the rats away, Maurice collects the reward. The villages are forever grateful to Keith and Maurice for eliminating these bothersome rodents. Peaches from this rat gang loves “Mr. Bunnsy Has An Adventure.” She believes Maurice can lead her to a place where people and talking animals coexist. The trio discovers the town’s mysteries while trying to earn more money to travel to the ideal destination. Food is mysteriously disappearing in the town due to a famine. Keith and Malicia, the mayor’s daughter, investigate the problem. While the rats and Maurice battle the Rat King, they search for the actual Pied Piper for his flute. Malicia’s primary character energy helps Keith play his flute, saving the day. Maurice and Dangerous Beings, a clever rat, overcome the Rat King. Since the novel is fiction, this encounter helps the troupe construct a society where talking animals and people cohabit without harming each other. 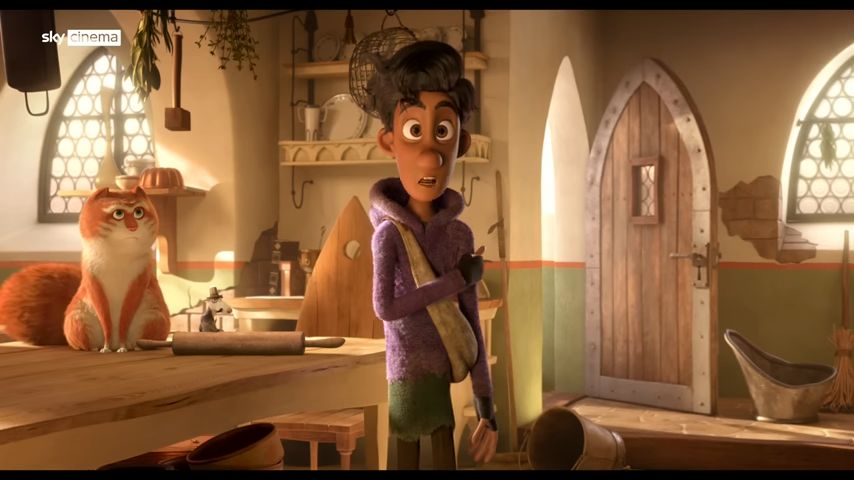 A story begins the story and defines it. Some rats use the children’s tale “Mr. Bunnsy Has An Adventure” to describe a paradise. Maurice, the only one who knows the road, will take them there. The story’s protagonist, Maurice, can talk and works with other talking rats and Keith. Due to their unique circumstances, Maurice, the rats, and Keith agree to establish a group and gather enough money to buy a boat to this ideal paradise where talking animals and people live together. Therefore, all of the rats join with Maurice and Keith and pretend to infest the town, terrifying its residents, before Keith plays his flute and impersonates the Pied Piper, leading all the rodents out of the home as Maurice collects payment. This guarantees income. Maurice, a talking cat, makes it obvious throughout the film that he would not hunt other talking animals, which is why the rats trust and feel safe working with him. The troupe’s tried-and-true strategy of scamming village residents and townsmen works well, but the rats’ consciences cause occasional tiffs as they seem to dislike cheating humans.

How Did Animals Talk, and Who Is This Rat King? 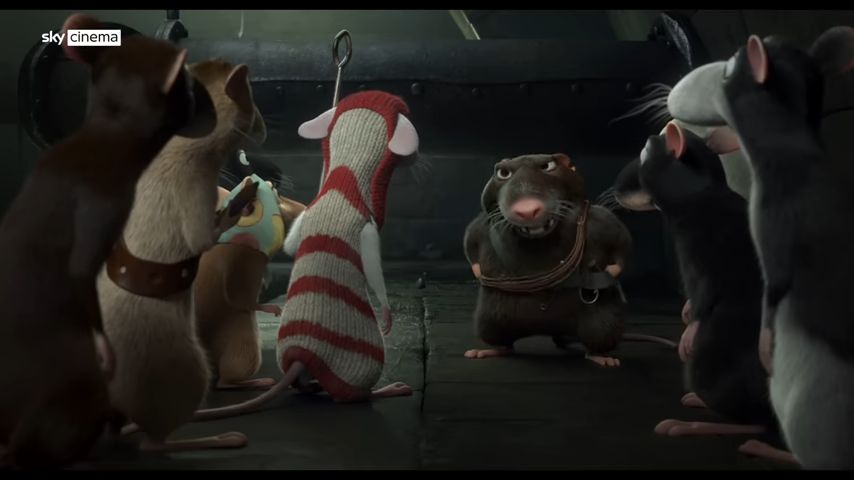 The tale repeatedly breaks the fourth wall and addresses the audience. Malicia recounts the past as an homage to Maurice, who sacrificed two of his nine lives to bring Dangerous Beings back. This story’s uncanny coincidences and discovery of the real Pied Piper in the woodland suggest that folklore plots and eras match. This sets the stage for how the rodents and cat got their voices and consciousness. They told Malicia that the rats were typical rats that lived in witches’ dumps. Many supernatural beings threw potions, spellbooks, and other dubious rubbish in this landfill. They opened a gateway to this dumping site, dumped their garbage, and forgot about it, so when the rats unwittingly absorbed these wastes, they developed consciousness and a voice to learn and converse. The first words they read became their names. Peaches (Gemma Arterton ), Dangerous Beings, Darktan, Sardines, Nourishing, and the other rats in their group were named this way. Maurice, a regular cat, hunted a talking rat and awakened. He instantly banned hunting another talking rat because they have the same odd scenarios. Keith, an orphan, must have found this talking cat and joined him. They and the rats formed a group of misfits and worked together because of their shared circumstances and outcast status. When they meet Malicia, a storybook fanatic, they try another theft. Malicia uses all her books to understand this story’s twists and acts accordingly. She helps the troupe vanquish the Rat King and identify the reason of the hunger.
Before joining the troupe, Maurice discovered some dark secrets. This covered Rat King and Pit creation. The Pit was a ring where dogs hunted rats left to run around. No rats survived this particular human entertainment. The rats ran since they couldn’t fight back, hence the term Rat Coursing. However, the movie’s two antagonists caught rats and caged them to create the Rat King. The evil Rat Kings are produced when the rats’ tails are tied together, creating a single entity with the rodents’ minds. This consciousness can subjugate others with mind power. Thus, the protagonists must defeat a rat king to defend the town’s food supply. 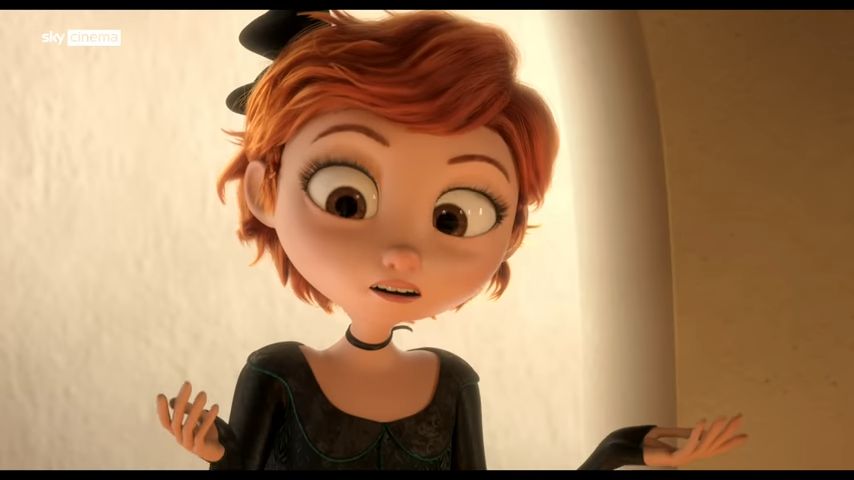 The company was thrilled to find a marketplace in the unknown town, but when they met Malicia, they found there was a famine. Malicia, the mayor’s daughter, is delighted at the possibility of an adventure like her many books. She quickly accepted Maurice and the talking rats and set out to discover the famine’s source. Sardines (Joe Sugg) helped her find the trap door in the mouse trap house, where she found the food that had been missing from all the dwellings. However, the two villains caught all the rats as they ran toward Keith to tell him about the cages. Maurice escaped, rescuing them from prison. The rats find “Mr. Bunnsy Has An Adventure” is fiction after Maurice saves them and subsequently the humans. Dangerous Beings chase Peaches. They are trapped by the Rat King, who fights Maurice and the rats while Keith and Malicia use the Pied Piper (Rob Brydon ) flute to draw the normal rats away from him. Maurice sacrifices two of his lives to save Dangerous Beings, who dies in the conflict. After this encounter, the townspeople build a location for the rat group to live and teach their young while living with the humans and talking animals. The group created their own paradise despite the book’s fiction.