Invasion Episode 10 Recap – What happens at the end of the Invasion Finale? Ending Explained! 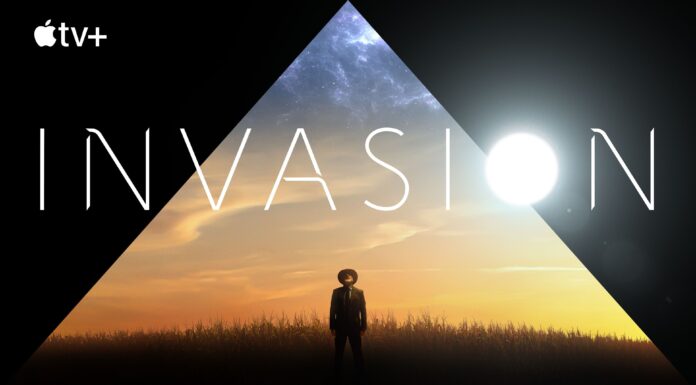 Aliens invaders films like ‘Invasion’ are rare. However, instead of the epic existential struggles between humanity and the invading ETs, the Apple TV+ series follows four seemingly regular people as they try to survive in an exceptional period. Their drive to protect their loved ones may ultimately become a significant component in the survival of the human species. Season 1 of ‘Invasion’ ended on a high note. . What you need to know about ‘Invasion’ season 1’s finale recap is provided here (tvacute.com).

The tenth episode of Invasion begins with some major news. According to news reports from around the world, the aliens have been defeated. Mitsuki returns home, wallowing in her sorrow, while the rest of Japan rejoices at the aliens’ destruction. There are large street celebrations, as we learn from broadcasts that aliens have just collapsed in the street. It appears that the nuclear strike was successful in killing them all.

Mitsuki is still undecided about what she wants to do with her life after her lover’s death. She starts walking around the streets with her rucksack on. However, she meets a Buddhist monk who persuades her to accompany him to his temple. When he arrives, he tells her that he believes it was all a big test. The alien invasion was Buddha’s way of putting human fortitude to the test. Mitsuki mulls over whether to become a monk as they converse, given that one of their key beliefs is to let go of the past. Mitsuki wakes up in the temple and uses her laptop to remotely relocate the satellite dish.

Meanwhile, Trev rushes Casper back into the hospital, desperate to save him from death. He’s knocked out and in a bad condition. His life is on the line as he is loaded into the MRI scanner. Jamila and Trev both check the readings, but he doesn’t answer. The EEG is flat and there is no reaction. Casper has passed away. Trev has had enough and has decided to depart. Despite Jamila’s pleas for him to stay, he refuses to see Casper be taken off life support. “They won’t be able to save him, okay?” As tears hurt Jamila’s eyes, he says. Trev ultimately goes away, to the delight of the crowds who had gathered in the streets to celebrate the invasion’s end. Back at the hospital, Jamila bids Casper farewell before he passes away. Her mother appears outside in the hallway, and the two embrace once more.

In Invasion Episode 10 Recap, Trevante eventually makes it back to base, but not before addressing a few questions about his adventures. The officer in charge gives him an update on what they think the aliens were up to. The unusual black substance on the planet’s surface appears to be an indication that the aliens were attempting to terraform it. This dark substance is said to leak gas into the environment, causing air pressure to change. What are you dealing with? I’m not sure. However, it’s evident that it’s not so hazardous, as Aneesha and her family were able to cross the black goo river without difficulty. Trev looks at the photographs uninterestingly and eventually closes the laptop, refusing to engage in any further questions. He only wants to return home.  Trev goes home after boarding the airline and attempts to make amends with his estranged partner. He assures her that he’ll get a new job and that he’ll do everything he can to help her right now. He goes to the seashore and looks through Casper’s sketchbook, where he discovers weird symbols that say “star.”

What is going to happen to Aneesha and her family?

In the Invasion finale, Aneesha searches for Ahmed in the woods. Blood splatters on the tree suggest he’s been murdered. The trio eventually arrives at an abandoned house, where Aneesha discovers news reports confirming the invaders’ defeat. Luke feels confident that they can now return home, but Aneesha is skeptical. As a result of their disagreement with Aneesha’s idea to cling tight, the youngsters end up tearing each other apart. They simply want to return to normalcy. Luke wanders off after saying his goodbyes to Ahmed and ends up flinging the metal fragment through the forest in fury. However, he notices the northern lights in the sky and appears to react to them. Meanwhile, six helicopters arrive in the Amazon Rainforest to assist a massive ship that has crash-landed. Several scientists dressed in hazmat suits enter and appear to make touch, the walls trembling in the same way they did in Japan all those episodes ago.

What happens at the end of the Invasion? Ending Explained!

In the Invasion finale ending, Mitsuki makes touch as the show draws to a close. On the radio, there seems to be a lot of chatter. Casper wakes up after his brain has totally shut down, implying that these aliens have the ability to manipulate individuals after they have died. Casper is handed a red box with a compass while wandering through a bizarre dreamscape. The same compass that Mitsuki mentioned earlier in the episode. The needle starts spinning inexplicably as he stares at it. We cut to Trevante as all of our characters appear to know something is wrong. As a massive, flower-shaped alien vessel appears on the skyline, the sea begins to move out quickly, inexplicably shifting to low tide. the episode ends on a frustrating cliffhanger.

#Invasion has been renewed for Season 2. Catch the epic Season 1 finale this Friday. pic.twitter.com/9HPIp4Bot1