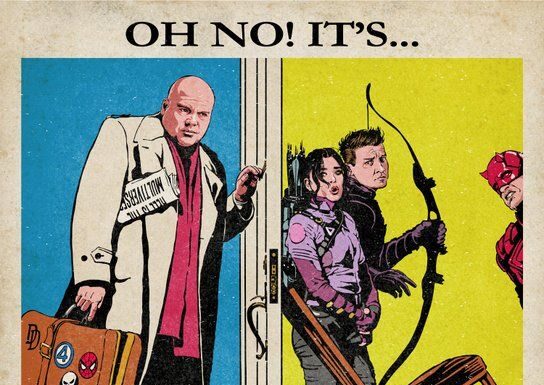 Hawkeye premiered two weeks ago on Disney Plus, with the first two episodes of the season. It was surely a much-appreciated Thanksgiving present for the show’s fans. In the following weeks, the third and fourth episodes were released. When can fans anticipate the fifth episode to be released?  Here (tvacute.com) find out when episode 5 titled “Black Widow” of Hawkeye will be released, as well as what to expect from episode 5 of the Disney+ series. The fifth episode of Hawkeye is going to be big. (Watch Hawkeye Episode 5 Promo below)

Episode 5 is Hawkeye’s penultimate episode, and prior MCU series have all featured a shocking reveal or major talking point in their second-to-last episodes, and it’s doubtful that will change this time. Following the tease of Maya Lopez’s uncle in episode 3, many Marvel fans are anticipating the debut of crime boss Kingpin in episode 5. Following Kevin Feige’s announcement that Daredevil actor Charlie Cox will repeat his role as Matt Murdock in the MCU, it appears that Kingpin actor Vincent D’Onofrio will also reprise his role as Wilson Fisk.

Hawkeye Episode 5 Synopsis: Yelena the Black Widow comes to shake things up with her quest for revenge against Hawkeye.

HOW MANY EPISODES ARE LEFT IN HAWKEYE?

Hawkeye Episode 5 which is the penultimate episode of the season, will be released on December 15, just one week after the first two installments. When it comes to when fans may watch Disney+, the streaming service releases new material in the early hours of the morning. It’s a good bet to look for Hawkeye at 12:01 a.m. PT, or 3:01 a.m. ET. The first four episodes of Hawkeye are now streaming on Disney+.

The fourth episode of ‘Hawkeye, takes off right where the last one left off, with Jack and Eleanor understanding that the invaders are Kate and Clint. Eleanor is aware that Clint is a member of the Avengers, and she requests that he keep Kate out of the superhero business. Laura, Clint’s wife, receives a message from him. To find out more about Sloan Ltd. She discovers that Sloan Ltd is a front for the Tracksuit Mafia’s money-laundering operation, which is headed by Jack. Clint and Kate spend some time bonding at his temporary headquarters, during which Kate deduces that Clint is Ronin. Clint assigns Kate the duty of locating his trick arrows at a police station.

Meanwhile, Clint warns Kazi not to let Maya seek vengeance on Ronin. Laura reveals that the Rolex that was taken from the Avengers Compound has been discovered in a New York apartment building. Clint and Kate are on their way to get the watch. Kate enters the flat and takes the watch before the two realize it is Maya’s residence. Maya attacks Kate, while Clint is fought by a mysterious masked woman. Maya is forced to flee as Kate and Clint gang up against her and the assassin. Clint removes the assassin’s mask, revealing Yelena Belova/Black Widow as the assassin. Clint realizes that he can no longer endanger Kate’s life at the end of the episode, officially ending their collaboration.