How to Watch the Survivor Season 42 Finale Online 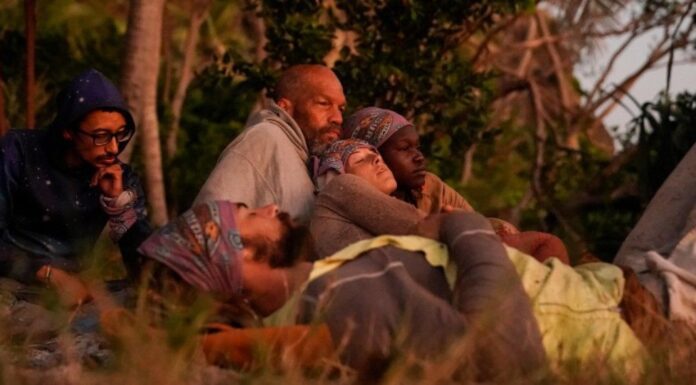 The final five are in a battle to the death! The Survivor Season 42 finale is on the way and will be a three-hour program similar to the Season 41 finale. The jury’s choice will be revealed at the conclusion of the two-hour finale, followed by the reunion. This is the last of Survivor’s new shorter format’s many surprise shocks.

The following is a complete list of who has been eliminated from Survivor Season 42 and who is still competing.

Who will win the $1 million grand prize in Survivor Season 42?

Jonathan “Goliath” Young, Maryanne Oketch, Lindsay Dolashewich, Mike Turner, and Romeo Escobar are among Probst’s favorite Final Five. All signs point to Lindsay as the winner with a great combination of strategic, social, and athletic abilities. Lindsay has done exceptionally well this season. She’s been a part of group blindsides and defeated Jonathan in an individual challenge. Maryanne and Jonathan have created moments that will live on in Survivor history.

However, survey participants had differing opinions on the season’s most noteworthy achievements. Jonathan received almost 49% of the vote, with 1,203 votes. With 569 votes, Maryanne finished second with nearly 23% of the vote. Lindsay placed in third place with 361 votes or nearly 14% of the vote. Mike came in fourth place with 285 votes or around 11 percent. With 17 votes, Romeo came in fifth with less than 1% of the vote. There’s still more than an hour to discover what the Final Five can do in the finale. Who would you like to see tonight’s final tribal council?

The Survivor Season 42 finale will air on CBS on Wednesday, May 25 at 9 p.m. ET/PT. The five surviving castaways from “Survivor 42” will compete in their most difficult struggle yet: two will be eliminated and one will be named Sole Survivor.

What channel is CBS?

You can discover it using the channel finder on your provider’s website:Dish Network,  Optimum/Altice, Verizon Fios, AT&T U-verse, Comcast Xfinity, Spectrum/Charter, and DIRECTV,

Where can you watch the three-hour finale and after-show live if you don’t have cable? Here are a few ways to watch the “Survivor 42” finale for free.

DirecTV (previously AT&T TV) offers four separate channel packages: Entertainment, Choice, Ultimate, and Premier, but subscribers can watch “Survivor 42 finale” on any of them. Each package comes with a free 5-day trial. Until Sunday, June 19 (also Father’s Day), DirecTV is providing a two-month discount of about $15 per month for each package.

Once you’ve signed up for DirecTV Stream, you can watch “Survivor” live on your Roku, Roku TV, Amazon Fire TV or Fire Stick, Apple TV, Chromecast, Samsung TV, or any device with Android TV, iPhone, Android phone, iPаd, or Android tablet. You may also watch it on the DirecTV Stream website.

FuboTV is most known for its sports coverage, but it also has a number of TV shows available for the free trial, including “Survivor.”

Once you’ve signed up for FuboTV, you can watch “Survivor” live on your Roku, Roku TV, Amazon Fire TV or Fire Stick, Apple TV, Chromecast, Xbox One or Series X/S, Samsung TV, LG TV, any Android TV device (such as a Sony TV or Nvidiа Shield), iPhone, Android phone, iPаd, or Android tablet. Alternatively, you may watch on your computer by going to the FuboTV website.

Because Amаzon Prime is linked to Paramount+, this is essentially the same as the Paramount+ deal above. You can sample Amazon Prime and the Paramount+ Channel for free with a free trial. Prime costs $14.99 a month after a 30-day free trial (notice that the Pаrаmount+ free trial is still only 7 days).

Viewers outside of the United States will require a VPN, or virtual private network, to watch Survivor 42 Finale.

By altering your IP address, a VPN allows you to bypass the normal irritating digital barriers, allowing you to view your favorite TV shows even while you’re not at home. ExpressVPN is our favorite because it allows you to change your IP address on every device you wish to view your new favorite show on.ExpressVPN is one of the best VPN services available. Not only is it simple and clear to use, but it also offers excellent security and, best of all, a 30-day money-back guarantee.