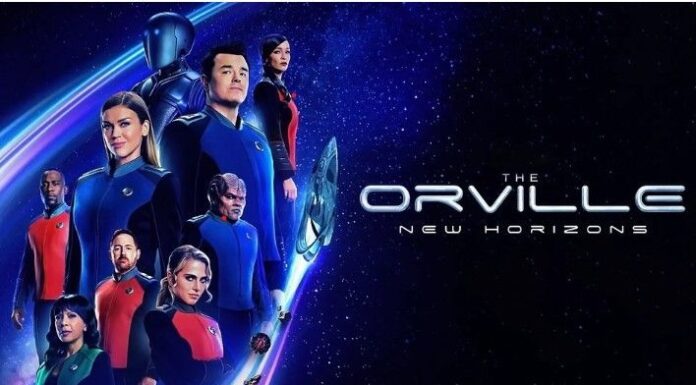 The third season of ‘The Orville,’ created by the creator of ‘Family Guy,’ is now available on Hulu. Here’s how to watch it.

“The Orville” is a science fiction dramedy based on the “Star Trek” franchise. The show is set on the starship USS Orville, and it follows the crew as they travel across space. It has a new title and a new home. “New Horizons” is the subtitle for Season 3. On June 2, fresh episodes of “The Orville” will premiere. Seth MacFarlane (“Family Guy”) created and starred in the series, which is moving from Fox to Hulu for its third season. On review aggregator, Rotten Tomatoes, seasons one and two of “The Orville” have an average fresh rating of 65 percent. MacFarlane not only created and stars in the show, but he also directs and writes some of the episodes.

The Orville season 3 episode 10: Is this season’s finale?

What is the best way to watch  The Orville Season 3?

Beginning June 2, new episodes of “The Orville” will be available exclusively on Hulu. Season three episodes will be released weekly on Thursdays till August 4th. Seasons one and two are also accessible in their full-on Hulu at the moment. Hulu’s ad-supported access to the streaming service’s entire on-demand library, including Hulu Originals like “The Orville,” starts at $7 a month. Upgrade to Hulu’s ad-free subscription for $13 per month.

Is The Orville New Horizons on Disney plus?

The Orville: New Horizons is only available on Disney Plus in the United Kingdom. The first two seasons of the show are also available on the streaming service. You can subscribe to the Disney Bundle, which includes Disney Plus and ESPN+, for even more movies and TV shows. The Disney Bundle costs $14 per month with ad-supported Hulu. When compared to paying up for all three services separately, you’ll save $8 each month. Monthly Subscription to Disney+/Hulu/ESPN+ Bundle $13.99 FROM DISNEY+ Most major media devices, including smartphones, tablets, streaming players like Roku and Fire TV, and smart TVs, are compatible with Hulu. Hulu’s website has a complete list of compatible devices.

Is it possible to watch The Orville Season 3 for free?

If you sign up for Hulu’s free trial membership, you can watch “The Orville” for free. Hulu provides new customers a 30-day free trial that includes access to the complete streaming service’s collection. You’ll have to wait until August to sign up to view every episode of the third season for free.

What time does The Orville Season 3 premiere new episodes?

New episodes of “The Orville” are expected to premiere on Hulu every Thursday at 12 a.m. ET through August 4.

Will ‘The Orville’ gets renewed for a fourth season on Hulu?

“The Orville” has yet to receive a fourth season on Hulu, and according to Deadline, there are presently no plans to renew the series.