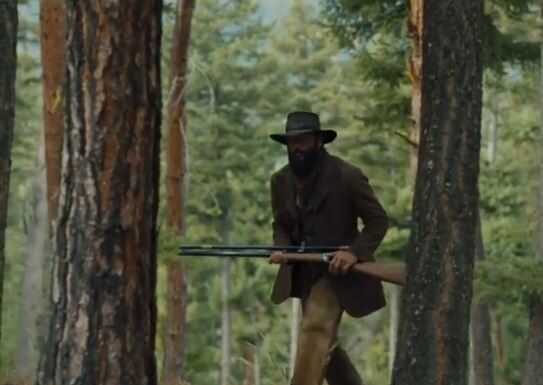 If you’ve already seen Yellowstone, you’ll be curious to learn more about what happened in 1883. And even if you haven’t seen it, 1883 is still worth seeing because of its star-studded cast and historical events depicted.  While creator Taylor Sheridan has been known to leave a season of Yellowstone on a cliffhanger. 1883 may be in for some major revelations much sooner. fans may see the death of a prominent character in episode 9. As Taylor Sheridan has a habit of delivering some enormous surprises. (tvacute.com) Here’s a basic rundown on how to watch 1883 Season 1 Episode 9 called “Racing Clouds”, including how to stream 1883 Episode 9 and where to find it.

Is 1883 Episode 9 available to watch online?

1883 episode 9 is a Paramount+ original that is now available to watch on the service. You can easily subscribe to Paramount+ on your smart devices and mobile phones, or you may watch 1883 online using your web browser. For Paramount+, you may choose from a variety of subscription plans. There are two plans available right now: Essential and Premium. Essential is a basic plan with commercials that costs $4.99 per month ($49.99 per year) and gives you access to a variety of free TV, movies, sports, and other content. The Premium plan costs $9.99 per month ($99.99 per year) and contains a free content library with HD content, 4K films, download capabilities, and more options, as well as limited advertisements (so it’s not completely ad-free).

Is it possible to watch 1883 episode 9 without having access to Paramount+?

Unfortunately, No,  because 1883 episode 9 is a Paramount+ original series, it will be available solely on this streaming platform. The app is available on all smart devices, including Apple TV, iPhone and iPad, Android TV, Chromecast, Amazon Fire TV, Portal TV, Samsung TV, Vizio TV, LG TV, Roku, and Xfinity Flex, as well as gaming consoles like PlayStation 4, Xbox One, and Series X, and is available on a subscription basis for all Paramount+ shows and movies.

What is the total number of episodes in the 1883 Season 1?

The first and current seasons of 1883 have a total of ten episodes, which are released weekly. However, just eight episodes‘ details have been released so far. On December 19, 2021, the first two episodes were released concurrently. Here is a list of current 1883 episodes, along with their descriptions —

Season 2 of 1883 has yet to be officially announced. However, according to what we’ve seen so far, the show is a hit with fans, even those who haven’t watched Yellowstone. Also, given the pace of the plot, it’s probable that another season will be required to wrap up the story. So, based on the popularity of the show and other possibilities, 1883 may be renewed for another season or season. We’ll have to wait and see what happens. Keep an eye on this space for more information and updates on Season 2 of 1883.