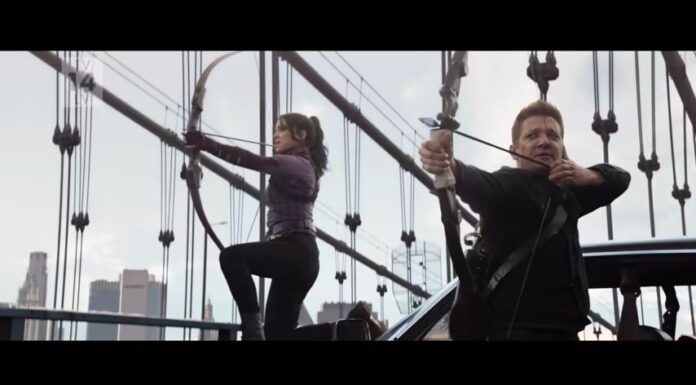 Hawkeye Episode 6 focuses on where we left off with our major characters. Clint ends his partnership with Kate after coming face to face with Yelena and Maya in the rooftop brawl. Eleanor is wary, Jack is wary, and Maya is still seeking vengeance against Ronin. Episode 5 isn’t just a big moment for the whole Hawkeye show, but it’s also important for a lot of Marvel movies. This week, like all the good ones, there is a good mix of action, important talks, and revelations that make us excited for next week’s show. When can fans anticipate the fifth episode to be released?  Here (tvacute.com) find out when final episode 6 titled “The Boss” of Hawkeye will be released, as well as what to expect from episode 6 of the Disney+ series. (Watch Hawkeye Episode 66 Promo below)

A lot of questions concerning the series will be addressed in Episode 6. For example, why Eleanor Bishop (Vera Farmiga) is covertly working with Wilson Fisk, she ordered a hit on Clint Barton (Jeremy Renner), who murdered Armand Duquesne III (Simon Callow), and what the strange Rolex watch means. Not only that, but the episode must also end Yelena Belova’s (Florence Pugh) desire to kill Clint. How Hawkeye will handle all of these storylines is a mystery, as is how the MCU will move forward. But Marvel fans won’t have to wait long to get their answers.

Peter Parker (Tom Holland) swings right over Rockefeller Center in Spider-Man: No Way Home. The latter place appears to be a significant setting in Episode 6, so there’s a chance Holland’s wall-crawler could make a cameo in the Disney+ show’s finale. Also, Hawkeye Episode 5 mentions the “new and better Statue of Liberty” from Spider-Man: No Way Home. Marvel has gone out of its way to link Hawkeye and No Way Home. It’s unclear if Holland’s Spider-Man will appear in Hawkeye, but it makes sense given how and where No Way Home concludes.

Hawkeye Finale Episode 6 which is the penultimate episode of the season, will be released on December 22, just one week after the first two installments. When it comes to when fans may watch Disney+, the streaming service releases new material in the early hours of the morning. It’s a good bet to look for Hawkeye at 12:01 a.m. PT, or 3:01 a.m. ET. The first five episodes of Hawkeye are now streaming on Disney+.

Episode 5 began with a look back at 2018. In an isolated wintry terrain, Yelena and another former Black Widow operative are breaking into a luxurious estate. They locate Ana inside and a battle ensues. After capturing Ana, Yelena sprays her with an antidote to the mind control employed on all current Black Widow agents worldwide. It is Yelena’s purpose to release each girl left stuck in her thoughts after the Black Widow film. Ana isn’t brainwashed, and the house is hers. The three ex-murderers have tea and catch up. The worst happens to Yelena in the bathroom. From her perspective, Yelena vanishes and reappears. Yelena shakes and moves through a house where she sees Ana with a family.

In Avengers: Infinity War, Thanos uses the Infinity Gauntlet to wipe out half of all life on Earth. Natasha Romanov, her sister, was killed in Avengers: Endgame while resurrecting everyone. Kate arrives home battered. Her mother, Eleanor, is quick to calm and heal her. Kate’s anxieties and frustrations are honestly expressed by both of them. Eleanor reassures her that a life without superheroes is still possible. Kate reveals to her mother that she has been investigating Jack and she promises to use her security system company to look into it. Maya and Kazi have a similar scene. Kazi cleans and bandages Maya’s fresh cuts, emphasizing the need of letting go of her quest to find Clint. She grudgingly agrees to kill Clint and then move on. Remember Clint.

Clint goes to the house of Grills, the Larper who possessed the Ronin costume in Episode 2. He collapses on his couch, exhausted and cozy with a pizza dog. Kate Returns to her burnt-out first-episode apartment after her talk with her mother. She has no idea that Yelena is waiting for her. Then she cooked a box of pasta! No fight. Instead, a witty Yelena teases Kate, before slowly revealing her true motives. She’s clearly not there to kill. That would have happened the instant she walked in, Yelena insists. No, Yelena is here to talk about Clint and his current whereabouts. She’s here to avenge her sister’s death. Kate senses something about him that reminds Yelena of Clint’s past. Kate says he’s not perfect but a wonderful person. Yelena is unfazed. Kate discovers Yelena is on assignment and wonders who would make such a call.

Before leaving, Yelena warns Kate not to get in her way again. The next day, Kate arrives home to find Jack detained. Eleanor watches him bravely declare his innocence. Kate, discouraged by recent events, decides to help Clint again and calls him on his cell. Nobody answers so she leaves dozens of messages! On the night of the Battle of New York, Clint phones Laura and tells her he’s terminating things with her. So he gets his Ronin suit from the gym locker area. He invites Maya to a meeting but she must come alone. She has her Tracksuit Mafia backup with goons hidden under cars and Kazi as a sniper atop a billboard. It doesn’t work since Clint appears as the Ronin and effortlessly defeats Kazi and his team. They battle until Maya is flung to the ground. Clint makes it plain he can and will destroy them all if she threatens his family. He also says her current boss ordered him to assassinate her father.

Maya wins and throws Clint to the ground. Maya is about to attack when Kate shoots the Ronin sword out of her hand. They escape. She questions Kazi about his whereabouts on the night her father was murdered. Kazi doesn’t have anything to say and they part ways. Yelena tracks and follows Eleanor before the episode ends. Kate receives two discoveries from Yelena through text during breakfast with Clint, Grills, and pizza dog. First, Eleanor hired Yelena to find Clint. We know who that prior episode’s phone call was to! The second revelation is that Eleanor is working for Kingpin, and Clint said Maya reports to him.