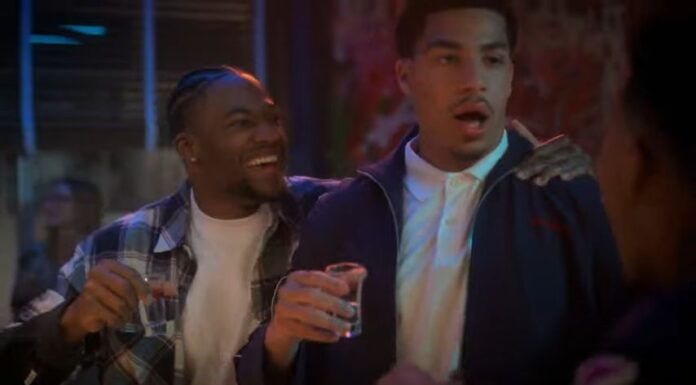 In Grown-ish Season 5 Episode 3, Junior is accused by Zaara of taking her headphones, and things become tense between the roommates. Zaara reveals a new side of herself to Junior after talking about the pressure and stress she is experiencing. Until he learns that the job offer is for a bar back position, Doug is happy to accept a job offer from his former fraternity mate, Ray. Want to see what’s in store for grown-ish season 5, episode3?  To get a better impression of the episode, check out the promo, and synopsis for the new Grown-ish Season 5 Episode 4 below.

The fourth episode of the fifth season of Grown-ish is titled “Look What U Started.” it’s important to remember that words and humor can both be divisive and even dangerous. and it is going to take a rather precise look at these concerns. you’ll get to witness the producers tackle yet another set of current events. What he’s going to learn in this episode is that decisions do have consequences and sometimes, they could be far more severe than he expected. Junior gets into a difficult situation, impressing the Gamma Psi Delta Meanwhile, Aaron has trouble fitting in with his coworkers, and Zoey tells him how to deal with it.  If you want to gain a few more insights now on the story that is to come, we recommend that you look at the complete synopsis and the promo for Grown-ish season 5 episode 4 that is provided below:

‘Grown-ish’ Season 504 Synopsis: Eager to impress Gamma Psi Delta while pledging, Junior faces a moral dilemma when he books a controversial comic to perform at a fundraiser; Aaron struggles to fit in with his colleagues, and receives advice from Zoey about how to cope.

Grown-Ish Season 5 Episode 4 will release on Wednesday, August 10, 2022, at 10/9c, on freeform. Grown-ish airs in Canada on ABC Spark, in select international territories, the series will be available on Disney+ as an original series under the dedicated streaming hub Star.

You may watch Grown-ish Season 5 Episode 4 on Freeform’s official website and Hulu until it airs. Growing-ish Season 5 and preceding seasons are also available via video-on-demand from Amazon Prime Video, iTunes, VUDU, Microsoft, and Google Play Movies And TV/YouTube TV.