Who won ‘FBoy Island’ Season 2? – Ended with a shocking twist 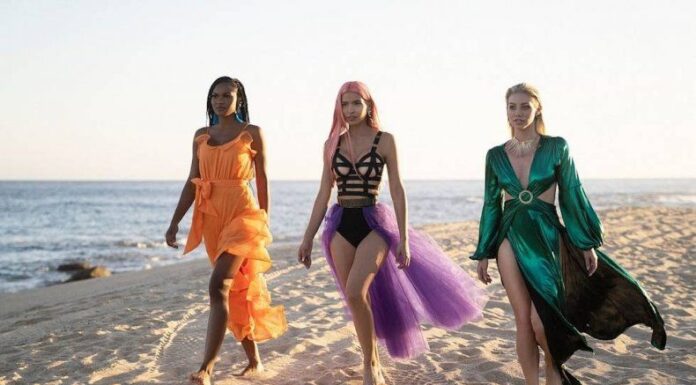 In contrast to “FBoys” season 1, season 2 would actually follow the rules; three single women searching for love come at a tropical island where they must choose their ideal partner from 26 men, 13 of whom self-identify as “Nice Guys” (i.e., men genuinely seeking a relationship) and the other half as “FBoys” (i.e., men there to find a relationship) (i.e. guys only there for the money). In the event that a woman ultimately selects a Nice Guy, they will each receive $100,000. If she selects an FBoy, he will have the option of staying and splitting the money with her or leaving the programme with all the money.

Each of the three ladies had two men left going into the finale, and they each had $100,000 on the line. Tamaris had only the Nice Guys to pick from, so she knew she would walk away from the show with some cash. Danny and Peter, The dental student Mia’s finals, were FBoys, whereas Benedict Polizzi and Louise each had one Nice Guy and one FBoy (Mercedes knox). The final two women had to decide if they wanted to take advantage of the newly announced finale twist or risk losing the $100,000 by choosing an FBoy. What was the key conclusion twist and who won FBoy Island Season 2? Continue reading to learn everything you need to know about the startling result.

I miss them already, and I love that the show and its editing never pitted them against each other.#FBoyIsland pic.twitter.com/umlgI2JkdP

The dramatic twist in the HBO FBoy Island Season 2 finale. Louise Barnard, Tamaris Sepulveda, and Mia Emani Jones decide on a candidate. they faced a decision after removing several Nice Guys and FBoys and discovering how the guys were recognized at the big reveal. Even if some of the men had been lying throughout Season 2, the final twist gave the females complete control once more.

The sole guy who opted to accept the money was confronted by host Nikki Glaser as the first season came to a close, and she pulled the rug out from under him by telling him he wouldn’t get to retain the money after all. Instead, the winner of the show would give her prize money to the charity of her choice. But host Nikki was clear when season 2 began that the victorious FBoy would have the option of keeping all the money if he so desired. In theory, she adhered to her promise—until she announced yet another unexpected rule.

The Mansplain, in which all the guys who got booted get a chance to say what they actually think about the final two gentlemen each woman chooses, was introduced in the penultimate episode. The first surprise resulted from this. 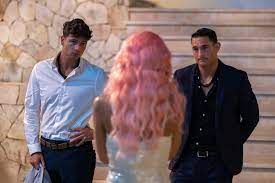 An ousted Nice Guy named Niko admitted to Tamaris that he still had feelings for her, and Tamaris made the decision to take him back. host Nikki enters to inform Tamaris that if she wanted to have one of her two current guys— medical device salesman Tom or Casey Johnson—back, she would have to get rid of Niko. She murmured, “Sayonara, Tom… and the journal you wrote in on,” despite appearing to be experiencing a panic attack. Niko had thus returned to the game. Then comes! The conclusion occurred.

‘FBoy Island’ Season 2: Who is the first FGirl

Nikki had a rule change to introduce: the ladies have a secret third option. She did so before the ladies made their final selections. “Ladies, you can decide to break up with both of your top two men tonight, Nikki stated, in an effort to level the playing field and give you three the genuine power of decision. Just as an FBoy has the authority to if you chose him, you might select neither of them and keep the entire $100,000 for yourself.” She then affirmed that the boys weren’t even aware that this was a possibility going into the final elimination.

Louise chose FBoy Mercedes, who chose to divide the money and continue seeing her after the men and women were put back together. Mia then decided to split the money with FBoy Peter. Tamaris then appeared. she did not pick Niko Pilalis or Casey Johnson, though. She also had a secret of her own to reveal to the guys. She remarked, “I came here as a… FGirl.” Tamaris said to the two men, “I select myself. No one can have me as their girl.
Tamaris made the startling decision to keep the $100,000 for herself at that instant, making her the first FGirl on FBoy Island.

Naturally, Casey and the other guys all had opinions on the subject. Tamaris, however, clarified herself in a private confessional. Even though it was a really difficult choice, she maintained that it’s always better to chose yourself. Tamaris mentioned that, in her opinion, Casey had affections for his ex-girlfriend even after they broke up. She stated that despite the fact that she had a “connection” with Niko, she would have to be the one “in control” of the relationship, which was something that she did not desire.

“Even though it was a very hard decision, sometimes you have to choose yourself, and that’s never a bad thing,” she said. “I’m not gonna lie, I had fun. Just these guys wanted something more than I could offer them. Guys have been breaking up with girls and hurting them for years. Like, this is nothing new. And it’s not like a smack in the face, like they didn’t see this coming. You want to be an FBoy? I can be an FGirl.”

It would appear that the conclusion of the season has brought about a complete shift in strategy. Is there a possibility that season 3 may make it more difficult for the male contestants to win? Is there going to be one FGirl in addition to the other two Nice Girls? So many questions.