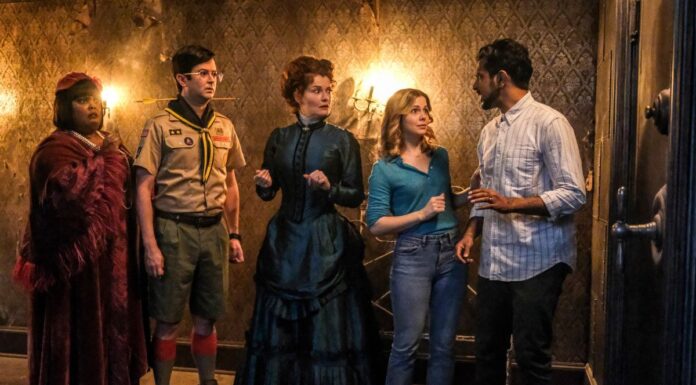 Yes, there is good news for Rose McIver, Utkarsh Ambudkar fans, Ghosts has been renewed for a second season on CBS, meaning the spirits will continue to haunt Woodstone Manor.

Ghosts follow Samantha and Jay, who inherit a dream estate from a distant relative, only to learn that their dream home is filled with souls who have died on the property. Only Samantha, who has survived a near-death experience, can see the ghosts.

Season 1 of CBS’s Ghosts had a total of 13 episodes. The last episode was aired on 20th January. Can’t wait for the 14th episode.

The network announced on Monday, Jan. 24, that the freshman sitcom, based on the British comedy of the same name, will be renewed for a second season. On the Ghosts Twitter account, CBS broke the news by uploading a beautiful video of the actors getting surprised with the renewal news. Take a look at how the cast reacted to the news.

This may be no surprise to anyone who watches and loves #GhostsCBS, but we still found a way to surprise the cast with this good news— Ghosts is officially renewed for Season 2! the release stated,

This may be no surprise to anyone who watches and loves #GhostsCBS, but we still found a way to surprise the cast with this good news— Ghosts is officially renewed for Season 2! pic.twitter.com/8enZVIcp8I

The cast, which includes Rose McIver, Utkarsh Ambudkar, Brandon Scott Jones, Richie Moriarty, Rebecca Wisocky, and others, was duped into thinking they were filming a Valentine’s Day promo in behind-the-scenes footage. “Rose, can you say, ‘Catch us next fall because we’ve been officially picked up for season two,'” a producer said after one take.

Because no word regarding Ghosts’ second season had been released, the cast was understandably ecstatic. There was a lot of joyous jumping, and several individuals said, “What?”