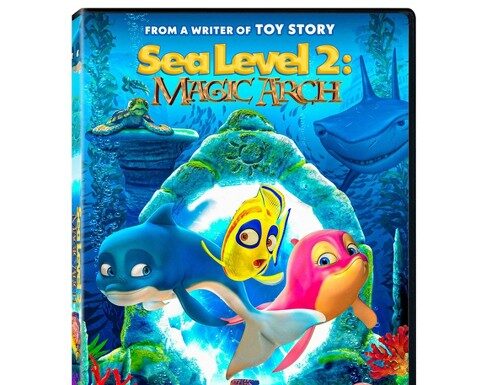 Get ready for under the sea-land, Lionsgate at Home has revealed a trailer of the adventure comedy animated movie Sea Level 2. it will be coming on DVD, Digital, and On-Demand September 29.

This thrilling, colorful comedy that will take your family under the sea to a land of courage and adventure.

One day, Dephi the dolphin discovers a magical archway that grants wishes to all who visit. But evil moray eels use the arch to become gigantic and menace peaceful Fish Town. Now, Delphi must summon his courage, master his “secret punch” fighting technique, and find his missing father to rescue his friends and win the love of pretty Mia. It’s time for this dolphin to get swimmin’!