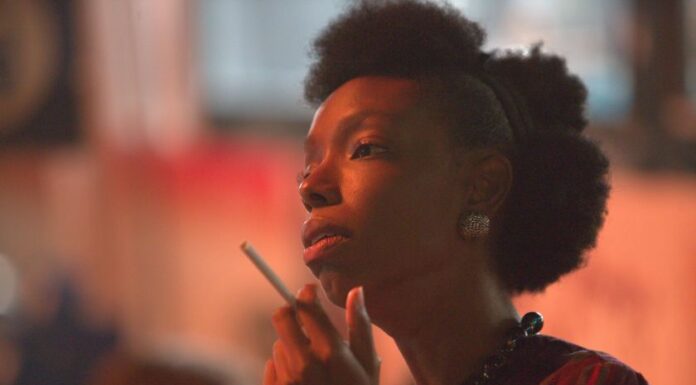 The creator and director of “Dear White People” had made a second feature “Bad Hair,” inspired by horror classics of the 1970s and ’80s. It stars Elle Lorraine, Kelly Rowland, Vanessa Williams, Jay Pharoah, Lena Waithe, Blair Underwood, and Laverne Cox. Watch the Teaser Trailer below.

Its world premiere at the Sundance Film Festival on January 23, 2020. Bad Hair arrives on Hulu on October 23.

Los Angeles, 1989. Anna Bludso (Elle Lorraine) is a scarred survivor of a scalp burn from a mild relaxer perm. She also has the smarts and ambition to be the next on-air star at Culture, a music video TV show. After years of struggling to be seen for her ideas and hard work, Anna fears the worst when her dreadlocked boss is replaced by Zora (Vanessa Williams), an ex-supermodel with a silver tongue. Zora warns Anna that her nappy look has got to go, so Anna bites the bullet and gets a weave. Turns out, her flowing new hair is the key to success-but it arrived with a mind of its own, and it bites back!