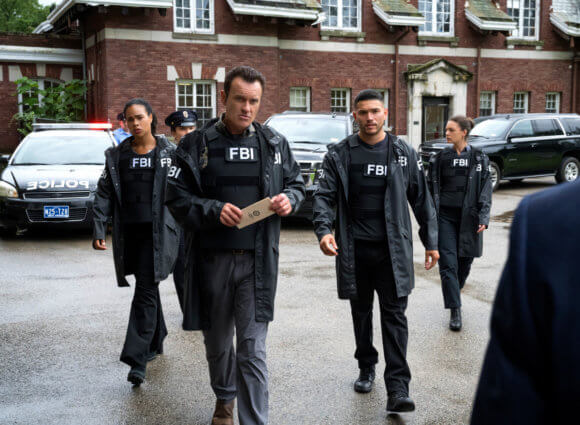 Are You Ready for ‘FBI: Most Wanted’ season 3 episode 3 that will air on CBS tonight? This episode’s title is “Tough Love,” This might be a particularly personal episode for Kristin, as she tries to make things work with her adolescent daughter in New York City. It’s possible that there will be a number of stumbling blocks with the team or with Kristin in particular during the course of this hour. Read more about episode 3, Scroll page down.www.tvacute.com brings you a photo, promo of FBI: Most Wanted Season 3 Episode 3 which you can watch below. So that you can prepare yourself for the upcoming new episode.

FBI: Most Wanted Episode 303 Synopsis: When a judge known for serving harsh sentences to juveniles is murdered, the team looks into his long list of cases in the hunt for his killer. Also, Kristin faces family hurdles while resettling with her teenage daughter in New York City. The episode was written by Stephanie SenGupta and directed by Marc Roskin.

FBI: Most Wanted Season 3 Episode 3  will air on CBS on October 5, 2021, at 10:00-11:00 PM, ET/PT The show will air on CBS and will be streamed live and on-demand on the CBS app as well as on Paramount+  Google Play, YoutubeTV, DirecTV, Vudu, FuboTV, Microsoft Store, iTunes, Xfinity, and Spectrum are among the paid live-streaming and VOD alternatives available. you have to catch up on Amazon Prime Video.

A deadly shooting occurred at a popular hotel in Washington, DC. Because one of the victims was a federal officer, LaCoix’s squad was given the manhunt for the shooter, and the team headed to the capital to investigate. With Crosby healing from his injury, they were down two players. Hana was also caring for her mother. Gaines wants a chance to lead right away. LaCroix surprised herself by allowing her, something that would not have happened if his mind had been on the game. Callie Martin, who worked as a concierge at the hotel, appears to be the intended victim. She was also staying with her father, who had been injured in the capital attack. It appears that his daughter has been attempting to obtain justice for him.

Callie began by looking up photographs on the FBI’s Most Wanted page and comparing them to the photo IDs that her hotel gathers from all of their guests. Milton Krabbe, who she turned in, was completely psychotic. He considered the current government to be illegitimate. Krabbe has previously served in the military. He was a member of a militia group, which consisted of former military personnel opposing the government. Travis Baker was the other individual. His sister-in-law rented rooms during the incident, and he matched the description of the shooter in Callie’s murder. Biden, according to the agent, stole the election. The Bakers received the information from a woman. The brothers had to flee. Jolene Baker and her kid were accompanied by Travis and Cole Baker. They pursued Jolene and fell into a trap. She appeared to be having an affair with her brother-in-law. They had slain her husband jointly, and now they were attempting to assassinate federal officials. They also returned with military reinforcements, and the only thing stopping them from charging in weapons blazing was the presence of a toddler.

Brady was a young adolescent. His uncle informed him that his father had been killed by the federal government. Gaines tracked him down. She persuaded him to put down his rifle by demonstrating that his father had not been shot and that his uncle had most likely killed him by choking him. Travis attempted one final stand but was slain by a sniper bullet. Gaines’ life was saved by the bullet. Ortiz was later thanked by her. When LaCroix went home, he learned that his daughter had been sent home for vaping. He didn’t want to punish her because he believed she had learned her lesson, but his girlfriend didn’t think so. She believed the adolescent was pushing boundaries and that things would only get worse.