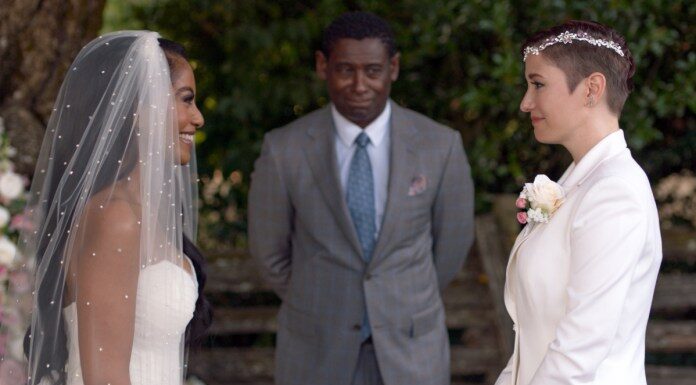 In the previous episode of Supergirl Season 6, The Super Friends aim to prevent Nyxly from obtaining the Truth Totem while also attempting to recover all of the other components. Meanwhile, Alex and Kara disagree on how to raise their children. Continue reading for this episode in the recap section. Supergirl has had a great run so far. An epic two-hour conclusion is planned for next week. Last year, Melissa Benoist, the network, and the producers decided to cancel the show. In the sixth season, Kara Danvers and the Super Friends battled Nyxly and Lex Luthor for the mystical totems. It’s now up to you to figure out what’s going to happen next. Supergirl Season 6 finale features promos and a description on www.tvacute.com.

In the two-hour finale, “The Last Gauntlet” and “Kara”, the Girl of Steel will face off against Nyxly and Lex once more, hoping to destroy the evil duo. The title of the second episode implies that Kara Zor-narrative El’s will end. To help Kara in her fight, Super Friends from the past, present, and future will return to help her. In meanwhile, Ready for a wedding? Yes! Despite the commotion and drama, there is a chance for some of these individuals to smile as Alex and Kelly prepare to wed. Remember that the finale may not be the final appearance of some characters. After all, Chyler Leigh is returning to The Flash for the forthcoming “Armageddon” storyline.

Supergirl Episode 619 Synopsis: “THE PENULTIMATE EPISODE KICKS OFF THE TWO-HOUR FINALE FOR ‘SUPERGIRL’ – In the penultimate buildup to the season finale, Supergirl (Melissa Benoist) and the super friends take drastic action after a loved one is kidnapped by Nyxly (Peta Sergeant) and Lex (guest star Jon Cryer). An unlikely ally steps in to help the team. The episode was directed by Glen Winter with a story by J. Holtham and a teleplay by Derek Simon & Jay Faerber (#619).“

Supergirl Episode 6.20 Synopsis: “THE EPIC SERIES FINALE BRINGS BACK FAMILIAR FACES AND FEATURES A BEAUTIFUL WEDDING – In the epic series finale, Supergirl (Melissa Benoist) is joined by familiar faces from the past to help her stop Lex (guest star Jon Cryer) and Nyxly (Peta Sergeant) for good. Meanwhile, Alex (Chyler Leigh) and Kelly (Azie Tesfai) prepare to walk down the aisle. Mehcad Brooks, Jeremy Jordan, and Chris Wood return for the series finale. The episode was directed by Jesse Warn with a story by Robert Rovner & Jessica Queller and a teleplay by Rob Wright & Derek Simon (#620).“

The episode begins with William informing the Super Friends of the information provided by Lex Luthor’s henchman, Otis. Lex is constructing an army of Lexosuits for Nyxly. Alex and Kelly’s bachelorette party is at Club Rialto’s VIP Suite thanks to Lena’s pal. Kara pushes her sister to celebrate her engagement despite the continued search for Nyxly. Lex’s personal diary full of love messages was released to the press. Andrea, as Acrata, took the diary last week and published it under William’s byline. William runs over to CatCo to face Andrea. Andrea says the journal was proof, but William says it merely makes Lex and Nyxly, or “Lexly,” appear foolish. William chastises her, calling her naive and self- After completing the Allstone, Lex and Nyxly became king and queen.

Arriving on Mitch’s ship, the heroes battle Lexly and discover the Hope Totem. Nyxly sucks Brainy, Dreamer, Supergirl, and Martian Manhunter via a dream portal. Brainy snags Nyxly’s Dream Totem on their way out. The Dreamer leads the group back to the Tower. The ship flees, but the Super Friends get another Totem. Nyxly chastises Lex for not foreseeing the attack, despite being from the future. The Truth Totem appears in Nyxly’s crystal ball, indicating that the Totem search is far from ended. Alex and Kelly discover the Love Totem emblem on Esme’s back while washing off paint. Meanwhile, Brainy talks to another Brainy about his future lessons. In the 31st Century, he is instructed to help repair the Big Brain. Lex and Nyxly find the Truth Totem in the shape of a camera. To pass the test, Nyxly must share her innermost feelings. The Danvers-Olsens visit the Tower, and Kara learns of Esme’s school troubles. She proposes Alex give Esme something like Kara’s glasses to help her cope with her powers. Alex says Esme shouldn’t have to disguise her identity as Kara did.

Dreamer searches for Nyxly with the Dream Totem, only to discover of Brainy’s impending return. She and Brainy talk about their possibilities, but Brainy advises they stay in their own timelines. They hug in a delicate, sad moment. Nyxly uses the Truth Totem on Lex to determine his intentions. Thanks to the Totem, Lex proves he sincerely loves Nyxly and will never betray her. His only aim is to govern with Nyxly, which the Imp clearly enjoys. Andrea contacts Lena and asks if she believes Andrea is a monster like William stated. Lena tells Andrea she made a mistake but she isn’t a monster. J’onn confronts Kara about her avoidance of the Tower, and she informs him about her fight with Alex. He understands her intentions, but says it is up to Kelly and Alex to raise Esme. Alex goes for the baking competition before they can speak. Supergirl and J’onn follow Lena to Mitch’s spacecraft. As the ship self-destructs, Supergirl reclaims the Hope Totem. The Super Friends defeat the Fortress of Solitude using five Totems.

Esme also triumphs, returning to the Tower as a baking champion. Lex, Nyxly, and Mitch reunite in an Italian bunker. They head to the Tower to catch Esme. Nia helps Brainy deal with his feelings of leaving the Super Friends as the Super Friends party. William sends Esme to hide while he approaches Lex and Nyxly. The seasoned reporter records Lex with his phone. Even with a gun to his head, William won’t admit Andrea stole Lex’s journal. In search of the Lexosuits, Lex shoots William and confesses he set up William’s encounter with Otis and duped Lena into infecting the Tower’s computer with a Trojan. William sends the recording to Andrea before he succumbs to his wounds. At that point, Alex learns of Esme’s 5th Dimensional energy in her blood. The episode concludes with the group looking down at William’s body, bereft of a friend who has died and a daughter who has missing.