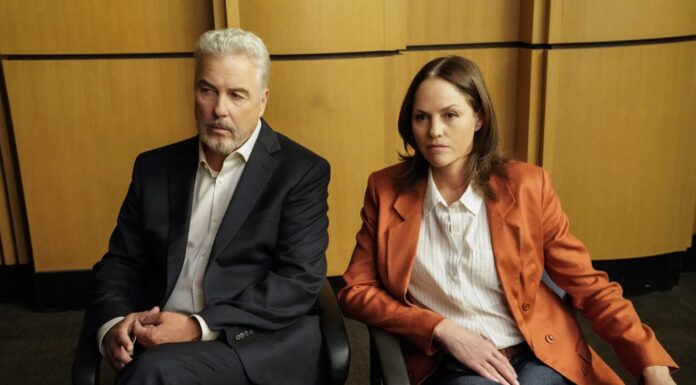 On CSI: Vegas Season 1 Episode 8, while Grissom and Sara failed to gain traction, the suspended Maxine, with all the time in the world on her hands, made progress. Gil and Sara were making so little progress that they spent much of their time working on the week’s nasty but intriguing case. Do you think the optics-conscious Undersheriff Wyatt will allow them to stay as consultants if Hodges loses his trial? No, because he’s a bureaucrat, the Crime Lab is likely to be reduced to its minimal essentials, especially if the trial has tarnished its reputation. Continue reading about episode 8 by scrolling down the page. Let’s see what happens in tonight’s show. On CSI: Vegas Episode 9, two sideshow performers are found burned in a pit, the CSI team investigates; Hodges mulls a plea deal as his criminal trial begins. At www.tvacute.com, you can find a summary, and trailer for CSI: Vegas Episode 9  which will help you better understand the episode.

What is the case for CSI: Vegas Episode 9?

On CSI: Vegas Episode 9 titled “Waiting in the Wings” A new case will also be featured in the forthcoming episode. The promo only gives us a glimpse into the bizarre universe. It all comes down to prosthetics, which includes the addition of wings. The pair that the squad discovers has been burned alive, and it’s evident that their prostheses have been destroyed as well.

What exactly is going on? Who would want this couple to die? That’s something the group will have to find out. It won’t be easy, especially for Grissom and Sara, who have been drawn into the investigation while trying to piece together the evidence they’ll need to save Hodges once more.

CSI: Vegas eps 9 Synopsis: The CSI team investigates the eccentric world of sideshows when a couple of performers are discovered burnt in a pit; Hodges mulls a plea deal as his criminal trial kicks off.

Undersheriff Wyatt has been stepping in for Maxine, who has been suspended. Janice Woo, a new forensic specialist for Anson Wix, has joined the team. The bones of Eric Shaw, the proprietor of a conference center, were discovered in a tub by robbers. Shaw will be up against a larger intruder, according to Grissom. Shaw’s ex-girlfriend Tammy claims he worked with a lot of shady characters. Sara misplaces her wedding ring while cleaning up Shaw’s remains with Grissom. Despite being suspended, Maxine maintains contact with Nora. Gil and Sara made the decision to approach Woo. Sara enlists Woo’s help in cracking a biometric safe. Hugo discovers that portions of two victims have been extracted from the pipes. Shaw’s toolbox contains a saw from the Prepper People, which Folsom discovers. In the kitchen cupboard, Allie finds the bullet that killed Shaw. Folsom pays a visit to Maxine, who shows him what she discovered in Nora’s files. Maddock claims he handed Shaw the saw as a token of his appreciation for doing business with him. Grissom is confronted by Wyatt about utilizing Woo as a consultant.

Sara’s teeth indicate that Chase Star, whom Folsom met, was the second victim. Instead, Folsom had met Chase’s twin brother, Grayson Star. Chase, he assumed, was on the move. Tammy’s leg has a chemical burn. She claims to have obtained the chemicals for Chase. Folsom and Allie are convinced she is the murderer. Sara is discovered rummaging through Anson’s trash, and the two have a heated argument. Grissom goes through the remains once more. Sara asks Maxine to look for a lipstick smudge in Anson’s restroom. Gil deduces that a cocktail of chemicals employed by Shaw to melt Chase burst, sending him slamming against the wall before bouncing back into the tub. Woo’s DNA can be found on the lipstick. Woo is fired by Wix. The man who hired the hitman who tried to kill Brass is confronted by Maxine and Folsom.