Are You Ready for CSI: Vegas Episode 8 “Pipe Cleaner” 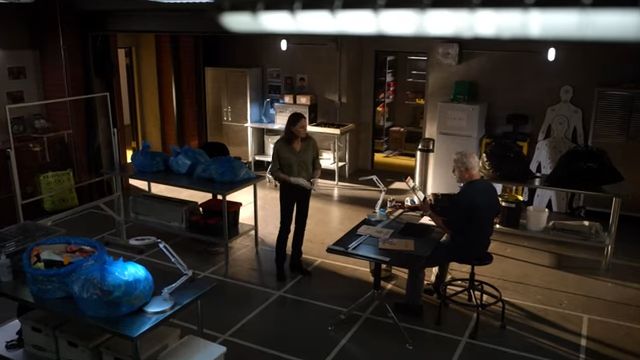 In the previous episode 7 of New CSI: Vegas, A lost horse is discovered with human blood and a boot on it in front of a motel. The police investigation takes them to a halfway house for convicted murderers. Meanwhile, Grissom and Sara positively identify Wix as the mastermind behind Hodges’ case, while his sister boasts that Wix will never be caught. Continue reading about episode 7 by scrolling down the page. Let’s see what happens in tonight’s show. On CSI: Vegas Episode 8, Grissom and Sara are suspects for Internal Affairs. At www.tvacute.com, you can find a summary, and trailer for CSI: Vegas Episode 8   which will help you better understand the episode.

What is the case for CSI: Vegas Episode 8?

On CSI: Vegas Episode 8 titled “Pipe Cleaner”, Sara and Grissom are feeling the strain. Meanwhile, the Crime Lab is tasked with investigating a case involving a conference owner discovered in a bathtub. But it’s not just one body.  The remains of several people have been discovered in this bathtub. And it’s obvious that there was a brawl in the room. To get to the bottom of this, the team will have to work together, and it won’t only be the newest members of the lab. In this scenario, Grissom and Sara will also be involved.

At a casino, a bloody horse is discovered. Only one boot remains in its saddle. Anna, Anson’s sister, is sick. She finds blood dripping from his shoulder wound, which was caused by the explosion that murdered Kline. Gil and Sara speak with Hodges and his attorney about the Wix situation. To identify the horse, Maxine advises using a microchip. He hasn’t been seen in over a year. The horse’s owner had little to say about the horse’s behavior to Maxine and Allie. The compounds detected on the horse’s shoe help Folsom and Allie narrow down their search. Maxine is against her son’s proposal to have the party at a casino. Folsom and Allie discover the body of the rider, Emery Hollis, who had been shot and abused. He was on his way back to his ranch, where he maintained a halfway house for young killers. Folsom and Gil discuss splattered blood. The residents of the halfway home scare Allie out. Mike discovered a thread that is a yarn sold by a store that Anna Wix frequents. David is missing, so Emma Hodges calls. Sara discovers him on his way to confront Wix. Emery was recently the victim of a hit-and-run accident, according to one of the adolescents, Theo Lavelle. Theo’s tale adds up once Maxine analyses the blood. The horse had been bred without permission. The horse’s owner was there at Emery’s property and acknowledges he crashed his truck into him, but denies murdering him. Gil conducts an interview with Anna. She admits that Anson despises CSIs and holds Hodges responsible for his numerous case losses. Emery’s son Cory killed him because he was breeding the horse without permission. Years before, he assassinated his younger brother. Bryan is given permission by Max to work as a casino host. Folsom decides to purchase the horse. Maxine has been demoted and sent on leave.