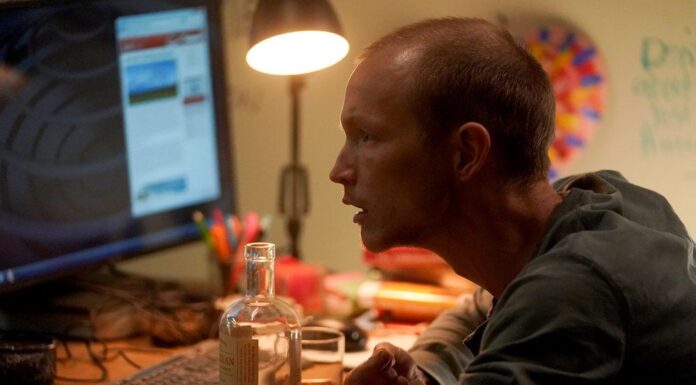 Chicago P.D. Season 10 Episode 9 will release on December 7, 2022,  After uncovering a shocking discovery, the team continues to close in on Sean O’Neal.

In Chicago PD season 10 episode 8, The team is compelled by Chief O’Neal to handle the “dead fish” case. His goal is to divert attention away from his son’s probe by the Intelligence. Burgess is thrust into terrible memories from her past as the “dead fish” case takes tricky turns.  (Read full the recap below.)  Fans are eagerly awaiting the new episode. What are your expectations for Chicago PD season 10 episode 9?  On www.tvacute.com, we have discussed it.

The highly anticipated ninth episode of the tenth season of Chicago P.D. is titled “Proof of Burden.” Repeated investigations have led to the discovery of a significant quantity of illicit evidence that can be used against Sean O’Neal. Upton and the rest of the crew are making a concerted effort to answer the mystery behind the case in a consistent manner. They came to the conclusion that Sean is a more evasive and dangerous opponent than anyone had anticipated. One more thing we can say is that this can turn out to be one of the most important episodes of the season.

One of the major ones is still Sean’s father, who refuses to realize what is right in front of him. He wants to ignore his family despite the fact that he is the police chief. but the issue is that he can genuinely attempt to influence how other individuals carry out their duties. In Episode 9, you’ll see the crew getting dangerously close to obtaining illicit evidence against Sean O’Neal.  Chief O’Neal, who is adamant about preventing his son from being sent to jail, decides to retain the services of an attorney to assist him with his case. You can read the complete synopsis of the ninth episode of the tenth season of Chicago PD below, which will give you some additional insight into what the future might hold:

Chicago PD Episode 10.9 Synopsis: – After a shocking discovery, the team begins closing in on Sean O’Neal with every shred of evidence they can find; determined to keep his son out of prison, Chief O’Neal hires a lawyer.

Chicago PD Season 10 Episode 9 will air on Wednesday, December 7, 2022, at 10 p.m. EST On NBC. It airs every Wednesday at 10 p.m. ET on Citytv in Canada, and it is broadcast on Sky in the United Kingdom. If you prefer live television, the episode will be available on Peacock TV, YouTube TV, Sling TV, Hulu+, and Fubo TV. The episode will also be available on Google Play Movies & TV, Vudu, and Amazon Prime Video on demand.

Up until she comes across a case where she needs to identify someone from Temidos, Burgess supervises Mack’s sleepover with her pal. Takes over is Ruzek. Burgess notices that the victim was shot in the same location as she was. Voight first arrives at the scene, followed by the chief, who assigns them to the case in an effort to remove them from their sex trafficking case. Voight gives Hailey vacation days, but she choose how to use them. Blood is discovered by Torres and Atwater in their victim’s automobile. Ruzek and Burgess follow a lead that takes them to a strange grave and then to some decaying remains below earth. Burgess is reminded of the time she was shot and they come to the conclusion it’s a serial killer. They catch a suspect with Hanson, but after questioning him, he turns out to be innocent. Ruzek observes that Burgess seemed uneasy about this situation.

Additionally, the serial killer breaks into houses, leaving a window open to let the residents know he was there. The next victim is identified, and despite their best efforts to reach her in time, the killer—Mark, Tyler’s brother—takes her instead. Because a wealthy man who killed Mark’s parents got away with it, Mark now seeks out the wealthy as payback. They get a tip as to where he might be, but when they arrive at the place, Kim realised she had left her gun behind because her mind had been elsewhere. As Ruzek clears the house, Kim remains behind. She rushes in after hearing a shot, having flashbacks to the shooting. The missing woman with a GSW, Linda, is discovered. Adam tries to convince Kim that the case must have upset her, but when she discovers her gun in her locker, she ignores him. She visits the other safehouse, where she meets Hailey, with whom she converses about Sean. They come to the conclusion that Wisconsin might contain anything and make the trek there. They locate his cabin, break in, and start exploring. In a room that resembles a basement, they discover a skeleton and a lot of mushrooms.