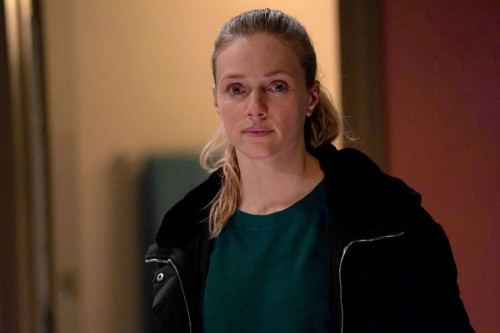 Jesse Lee Soffer made an appearance in his last episode titled “A Good Man,” which aired on Oct. 5, 2022, of the NBC drama “Chicago P.D.” After avoiding Hailey Upton (Tracy Spiridakos), Jay suddenly understood that he’d changed, and not for the better. Jay once more circumvented the law to catch the perpetrators in a case involving preserving the dignity of an Army veteran who had helped commit a crime. For the sake of the man’s family and reputation, he chose not to report the vet, who finally lost her life protecting another woman. However, Jay made the decision to leave Intelligence after realizing that he had breached the law once more and stabbed a guy in the process. He revealed to Hailey that he had joined an Army unit that hunted down Cartel soldiers and that they were sending him to Bolivia for eight weeks in the last seconds of the episode. He promised her they would overcome it and that she is the love of his life. In Chicago PD Season 10 Episode 12 we get a new piece of information about Halsted that has fans worried about Upstead not being together, what news has Hailey broken? Is Jesse Lee Sofer Leaving Chicago PD? On www.tvacute.com, we have discussed Episode 12.

Now the CPD no longer serves Jay Halstead. He is currently in charge of a squad in Bolivia that hunts down the most dangerous drug cartel targets. He accepted a new position outside the nation without consulting his wife first, hasn’t been returning her calls, and has now made it apparent that he has no plans to return home any time soon. It was particularly depressing to see framed pictures of the happy couple together in Chicago PD Season 10 Episode 12 since this was followed by Hailey leaving yet another note for her spouse. She left a voicemail asking, “I don’t know if you’re even getting these, but I was just wondering if you heard a date. When you can, call me. I adore you. Later in the episode, She contacted Major Baxter (Jason Powell) to inquire about the current status of her husband. She was reduced to tears after learning that Halstead had requested an extension of his recent tour, which was when she heard out the news.

Jesse Lee Soffer’s departure from the show after ten seasons in August. In October, his last episode was broadcast. but fans shouldn’t anticipate the return of the Jay Halstead actor  Soffer’s character any time soon, despite the fact that he has intentions to direct at least one Chicago P.D. episode. Instead, Hailey’s followers should anticipate seeing a lot more of her as she adjusts to her husband’s remoteness. Good News,  Chicago PD star Jesse Lee Soffer returning for the 200th episode.

In addition to being observed on set, Soffer also made an appearance in a number of brand-new production-related films from Chicago PD producer Brian Luce. Whether Jesse Lee Soffer will reprise his role as Detective Jay Halstead in the 200th episode (marks as episode 14) has not yet been confirmed. But there are certain issues raised by his being present on the set as the 200th episode was being filmed. Producer Brian Luce posted a video in which he acknowledges Soffer as a member of the episode’s creative team, referring to him as a “director” in the video.

His potential return to the show is still out in the air, but it looks like he’ll have some sort of role in this episode. Hopefully, it will be soon, because we miss watching Soffer every week.