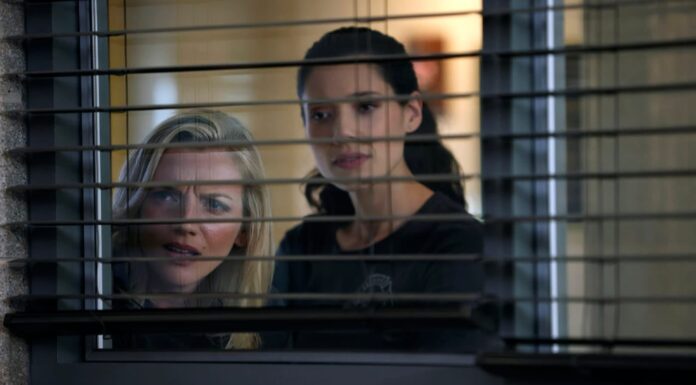 Casey (Jesse Spencer) got to see Griffin (Cameron Scott Roberts) last week after his surprising reappearance in Chicago Fire Season 10 Episode 2. In other news, Mouch (Christian Stout) helped Brett (Kara Killmer) get her new CFD program approved, and Gallo (Alberto Rosende), Ritter (Daniel Kyri), and Violet (Hanako Greensmith) made tremendous progress with their microbrewery venture. After watching this episode, what will happen next?  You’ve come to the right place to find the Chicago Fire Season 10 Episode 4 titled “THE RIGHT THING” summary, promo, and photographs at www.tvacute.com. The trailer for next week suggests Casey’s vacation will be a huge character change. You can also read the recap of the Chicago Fire Episode 10.3 to catch up.  The 200th episode of Chicago Fire will air on October 20th! It’ll be a terrific milestone and a rare celebration that most shows never get.

Chicago Fire Episode 10.4 Synopsis: Kidd spreads her wings as a lieutenant. Chief Hawkins rides with Ambulance 61 to learn more about Brett. Casey takes a trip out of town. A Ritter date night turns into an emergency situation.

NBC will air ‘Chicago Fire’ season 10 episode 4 on October 13, 2021, at 9 p.m. The programs are 42 minutes long and air every Wednesday. Where to Stream Chicago Fire S10E3 Online?  It’s also available on NBC’s official website and app. All of these services and more will be able to stream the episode. such as Fubo tv, YoutubeTV, Direct TV The episode is available on Hulu and Peacock a day later. Amazon Prime Video, iTunes, Microsoft Store, Vudu, Spectrum, and Google Play also sell or rent the episodes.

The episode begins shortly after Casey’s reunion with Griffin Darden in episode 2 Meanwhile, Griffin is sleeping on a couch in the office while Casey (Jesse Spencer) talks to Severide (Taylor Kinney) about his troubles. Griffin only appears in this episode to talk to Casey or hear the Firehouse reminisce about his father, Andy (Corey Sorenson). Cruz is chosen to descend down the manhole and rescue a teenager, but the close quarters get to him and he panics mid-mission. The squad has to replace him with Severide. Cruz tries to explain what happened, but Severide doesn’t accept it and removes him from duty. Gallo questions Cruz about his approach and how he first joined the Firehouse 51 crew. Cruz suspects the new kid of trying to replace him and orders Gallo to wait until his “body is cold” before doing it. Gallo notices and invites Cruz out for a beer.

Griffin Darden confesses his mother’s arrest Brett tries (and fails) to address the ambulance shortage. Her frustration grows when she answers a call for a shooting victim and realizes that the first ambulance called never arrived. After the victim dies, a distraught Brett rants about going solo. Severide changes his mind about Cruz and invites him out to conduct off-duty firefighting drills with Stella (Miranda Rae Mayo). Cruz proves he still has it as the episode ends, making both him and Severide happy. Stella was correct; Cruz needed support. Griffin and Casey talk near the end of the episode. Griffin reveals that his mother Heather (Chaon Cross) has been arrested for a second DUI. He describes how his life has changed since living with Casey, and the firefighter offers to help him.