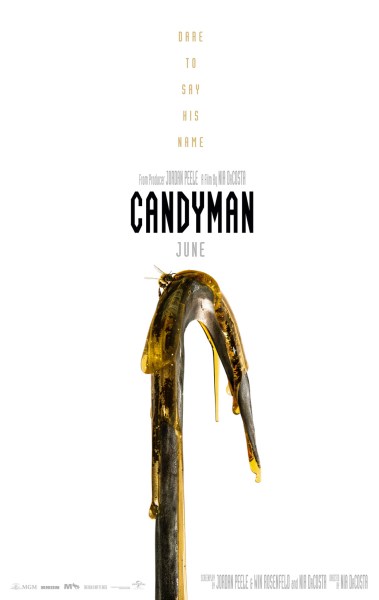 Here is the first official trailer of Candyman, the upcoming supernatural slasher horror movie remake directed by a based on a script co-wrote with Jordan Peele and Win Rosenfeld and starring Yahya Abdul-Mateen II, Teyonah Parris, Nathan Stewart-Jarrett, Colman Domingo, and Vanessa Williams.

Candyman is set to be released on June 12, 2020, by Universal Pictures.

Plot synopsis:
“Don’t say his name.
A desperate artist named Anthony McCoy discovers the story of Candyman, which he initially uses as inspiration for his paintings, but he, unfortunately, begins to lose his sanity and unleashes a wave of violence, death, and misery leading him to face his destiny.

Olivia Wilson - February 9, 2023 0
The narrative of 'You,' which can be seen on Netflix, centers on Joe Goldberg (Penn Badgley), a serial murderer whose unhealthy fixation with females...

Olivia Wilson - February 9, 2023 0
We were aware going would pose a significant mystery in A Million Little Things season 5, Who was the funeral for? At the end...

Olivia Wilson - February 9, 2023 0
Fans of the show Call the Midwife are extremely devoted to both the series and the cherished characters that appear in the drama about...
Load more