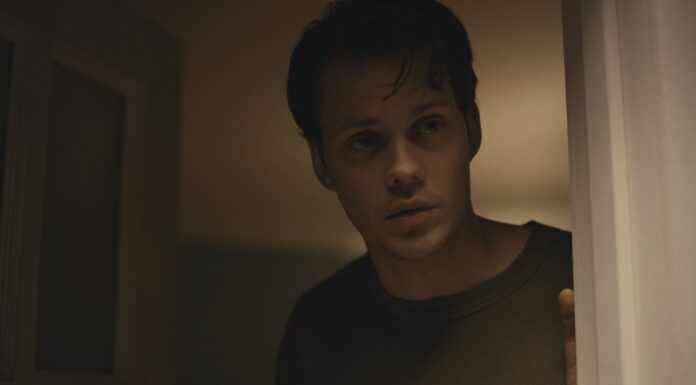 With Barbarian, Bill Skarsgrd returns to the horror genre. In this new movie Georgina Campbell plays Tess, a young lady who discovers that Keith (Skarsgrd) has already reserved the flat she’s renting. Tess chooses to spend the night with Keith, but she soon gets the feeling that something is off in this house. In the film, Justin Long (Jeepers Creepers) also portrays the role of AJ. Zach Cregger, who wrote and directed  Barbarian, also counts Skarsgrd as an executive producer. The shadowy and isolated visual setting contributes to the film’s horror aesthetics and instills a sense of dread among spectators; as a result, it piques one’s interest to learn more about the locations where the movie was filmed. If that is the case, then (tvacute.com) here is the following containing all of the information that you require!

Where was Significant Other Filmed?

Where was Barbarian 2022 Filmed

The largest city of Sofia in Bulgaria, the city of Detroit in Michigan, and Malibu in California all played host to the filming of “Barbarian.” The production began its principal photography at some point during the month of June 2021, and it most likely wrapped up by the month’s end of July in the same year.

The film’s director, Zack Cregger, told in an interview with btlnews that at first he didn’t really like auditions in Bulgaria. Because he didn’t know these people. Then there was also a language barrier.  And so, there were two women in Bulgaria (Alexandrina Dermendzhiyska and Alis Shopova) who have done a great job. He didn’t want to do any computer effects and really wanted everything to be in-camera. he stated, “So I really had to trust these guys, but they were really the right people for the job, they told me. He did a great job”.

The majority of the film “Barbarian” was shot in Sofia, which is the capital city and largest city of Bulgaria. it is an excellent location for filming movies and television series. because the climate in Sofia is humid continental for the majority of the year because the city is located in the Sofia Valley at the foot of the Vitosha mountain.

Worked with production designer Rossitsa Bakeva. He further added that he is an amazingly talented art director. We built every level of the house. The street where the house is located, we built the entire street, so we had 13 facades of other houses on this block. You know, it was tough. , She was able to pull out miracle after miracle, and eventually, the movie looks exactly what I had in mind. He gave me what I had imagined.

In order to lend a sense of realism to the images, some establishing shots were captured in Detroit, which is the largest city in the state of Michigan.

I have friends in Detroit, and I would go visit them a lot. One of my friends is a real estate developer in Detroit, so I was very familiar with the inner workings of someone like this character who would have properties that he would rent out in Detroit, so I did know the terrain.

A number of scenes from the film “Barbarian” were shot in Malibu, which is a seaside city located in Los Angeles County. The city is located in the Santa Monica Mountains and is home to a number of state parks and expansive beaches.

When will Barbarian (2022) be available on Blu-ray and VOD? Or Online Streaming