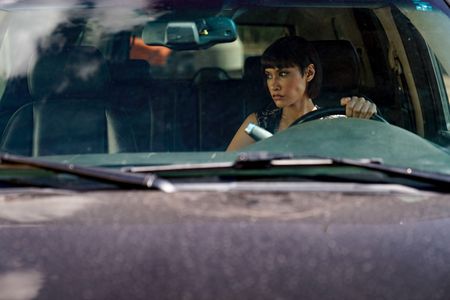 Cassie’s new role continued to be a problem in Big Sky Season 2 Episode 2. Her new situation separated her from her pals even further. With this, we got a glimpse of John Carroll Lynch’s new role in Big Sky Season 2 during last week’s season opener, as we already mentioned Rick Lagarsky’s twin. Wolf reveals that his dead twin Rick was an unskilled failure who was using Ronald as a pawn in his twisted antics as he keeps Ronald Pergman imprisoned in his backyard. Jenny, on the other hand, continued her search for information on the odd truck accident. Another set of persons was interested in the case, it was revealed elsewhere. Many issues arose as a result of the youngsters’ concealment of cash and narcotics. The third episode of Season 2 of Big Sky has already piqued the interest of fans, who are eagerly awaiting its release. You can rely on www.tvacute.com to provide you with all of the necessary details for seeing “You Have to Play-Along,” the new episode 3 of “Big Sky Season 2.”

“You Have to Play Along” is the third episode was written by Kyle Long and directed by Tasha Smith. Ronald will be subjected to a new round of rigorous training by the ruthless kidnapper. Because Tonya’s absence has opened up new options in the case, Jenny and Cassie will reunite. Now that two critical witnesses have gone missing, the ladies must band together to find them and deal with the city’s newest menace. Here’s a deal that might be more beneficial to you!

Big Sky Season 203 Synopsis: After officially teaming up, Jenny and Cassie sit down with Tubb who reveals that this one goes far beyond their jurisdiction. Realizing Travis may be a man on the inside, Jenny reaches out for intel and learns the cartel is involved. With Tonya still missing, Cassie and Jenny fear the worst and kick their search into high gear. Meanwhile, the kids’ plan continues to fall apart, with secrets and scheming threatening to land them in hot water.
Guest-starring is Ryan O’Nan as Donno, Vinny Chhibber as Jagat “Jag” Bhullar, Jamie-Lynn Sigler as Tonya, Patrick Gallagher as Sheriff Tubb, Madelyn Kientz as Max, Troy Johnson as Harper, Lola Reid as Madison, Jeremy Taylor as Bridger, Arturo Del Puerto as Tracy “T-Lock” Ridgeton, Romy Rosemont as Agatha and David Meunier as Deitrich.

Big Sky Season 2 Episode 3 will release on  October 14, 2021, at 10:01-11:00 p.m. EDT on ABC.  Subscribers to Hulu can watch the show the next day on-demand online or live to stream it on Hulu+Live TV. the show is available on Fubo TV, DirecTV, YouTube TV, and Xfinity, among other platforms. You can also buy or rent episodes on Vudu, iTunes, Amazon Prime Video, Google Play, and Microsoft Store.

In episode two, our two favorite detectives work together on a case, and Ronald meets Rick Legarski’s twin brother for the first time. Ronald and the new Legarski (again played by John Carroll Lynch) open the episode. Rick’s doppelganger, Wolfgang Legarski, takes Ronald and Scarlet hostage on his farm, where he expects them to be servile. Cassie informs Mark that she would be stepping away from the Ronald case. Later, Mark invites Jerrie to dinner to ask her how he can communicate with Cassie. Bridger goes to the police station to report the murder, but he overhears one of the officers whistling, and it’s Deputy Harvey, the man who shot Sam. Donno, a woman’s bodyguard, and a woman arrive in Big Sky in search of money and narcotics. Tonya, Sam’s girlfriend, seeks Cassie’s assistance in locating him. The man who had been following them confronts Max and Harper after the youngsters get together and decide to keep the money. However, they are able to flee after Max pepper sprays him. Ren and Danno are told by Deputy Harvey that he covered up the deaths and that they should not pursue Tonya. Cassie and Jenny realize they’re both working on the same case and decide to speak with Tonya at the same time. After Max and Harper decide to sell the drugs, Max goes to the shed to get some, but Tracy stops him. Ren and Donno have really kidnapped Tonya before Cassie and Jenny arrive. He is chained to the back seat of his car.