‘Better Things’ Season 5 Finale Recap “We Are Not Alone” 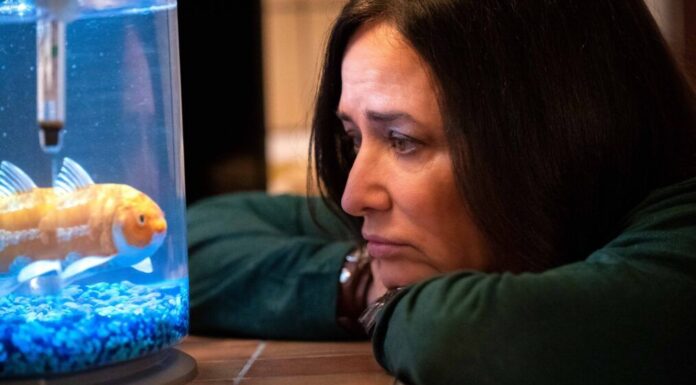 Pamela Adlon’s Better Things is finishing its five-season run as a masterwork of unreal realism, inspiring ardent loyalty among its admirers if not stunning watching numbers. No show has better encapsulated the previous few years of television. And it’s possible that there may never be another show like it. Better Things is different: it’s willing to unflinchingly spotlight aging women, both actual and symbolic invisibilities. The melancholic half-hour comedy series Better Things has flourished in the years since its debut.  In these gorgeous final episodes, the thing that struck us the most was how much Better Things resembles its central home space, congested, every nook burdened or beatified by memory, and packed floor-to-ceiling with information. There’s the five-season storyline about Duke, the youngest daughter’s capacity to see ghosts, the five-season arc about Frankie, the middle child’s gender identity, and the five-season arc about Max, the eldest, his drive for independence.  Here is everything you need to know about the ending of Better Things Series Finale Recap. SPOILERS AHEAD.

A knock on the door interrupts Sam’s current cooking session after a quick excursion to her childhood home. Caroline, her sister-in-law, claims that being with Phil is “total misery” because the elderly woman reminds her so much of her own mother. She recognizes that she inherited her mother’s less-than-favorable traits from her mother, and admits that she’d rather be like Sam, “hanging around” and “making everyone feel at ease.” Caroline gives Sam a fresh piece of art for her landing site after they swap war stories about their “nasty moms.” (BEANIE BOY, REST IN PEACE.) Caroline tells her, “You are the soul of our family.” “You just keep going.” The women exchange hugs and apologize for any previous hostility though Sam does, once again, pronounce her name wrong.

it's okay if they don't get it pic.twitter.com/YMbBl0tSMX

Sunny and Jeff have chosen to remarry despite Sunny’s sister trying to talk her out of it and the family is preparing to arrange a wedding. Sam begins her opening words for the nuptials as “the village”  as she loves to refer to her inner circle enters. Jeff interjects to get her back on topic after she goes off on a tangent about life’s weird routes and how the cruelest thing that could ever happen to you is that “your kids grow up.” Sam begs Sunny to pledge to always keep her own sun shining and perhaps forget about the couple’s previous 21 years — Sam’s got jokes!  after the groom-to-be promises to remember Sunny’s special days and to capture gorgeous images of her when she isn’t looking.

We hear some last comments from Lala (Judy Reyes), Lenny (Cree Summer), Rich (Diedrich Bader), and Chaya (Judy Gold) during the reception, before the power goes out, which is every host’s worst nightmare. Sam and Duke are on their way to find her generator when her knee is bashed into a rock. “You’re sweet,” Duke tells her mother once the genny kicks in. You’re a wonderful person. You have an uncanny ability to bring people together and make them feel wonderful. And, I don’t know, it appeals to me. I enjoy your company. “I admire the way you conduct yourself.” She takes a breather.

Max is eventually spotted in England, where she is attending a Buddhist art class. After that, we observe Sam putting up a For Sale by Owner sign. She burys it in the grass in front of Phil’s home. Sam is in her car late at night, Facetiming Phil, who is serving brunch at their pub with her friend Ben. “One day, your knight on a white horse is going to sweep through and swoop you up!” Phil regrets the fact that Sam spends so much time alone. But Sam doesn’t want that, and she understands she’s happy right now. “Phil, didn’t we have a good time?” She inquires of her mother. “Didn’t we just!” Phil responds to the question.

Sam attempts to tell her mother that she wishes she had a quarter of her mother’s strength, but Phil can’t hear her over the bar’s din. While men on the radio discuss meteors, aliens, and eclipses, Sam goes for a ride. The film concludes with a montage adapted to the tune of Monty Python’s “Always Look on the Bright Side of Life,” in which the ensemble breaks the fourth wall to serenade us. As unknown items float around in the skies above, Sam looks directly into the camera and gives us a wink in the last scene of the Finale Recap of the Better Things Series.