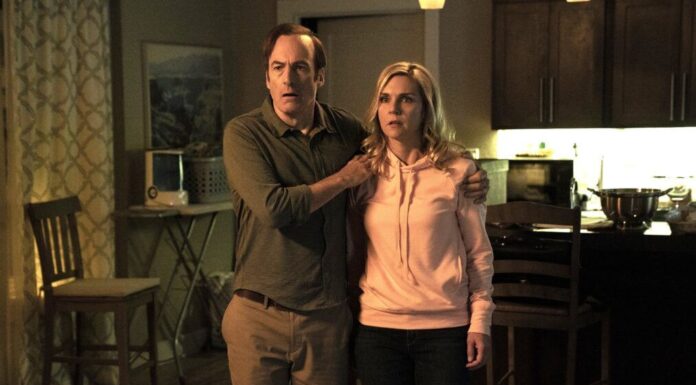 At the midpoint of the final season, in the May cliffhanger, Jimmy/Saul (Bob Odenkirk) and Kim (Rhea Seehorn), his life partner in deception, were shocked when fugitive cartel boss Lala Salamanca (Tony Dalton) interrupted their argument with disgraced attorney Howard Hamlin (Patrick Fabian) and instantly shot poor Howard in the head. The consequences will be explored in what is sure to be a stressful episode, appropriately dubbed “Point and Shoot.” In this episode, An unanticipated guest compels Jimmy and Kim to confront the results of their previous decisions and deeds.

Better Call Saul season 6 episode 8 Synopsis:  An unexpected visitor forces Jimmy and Kim to face the consequences of their actions.