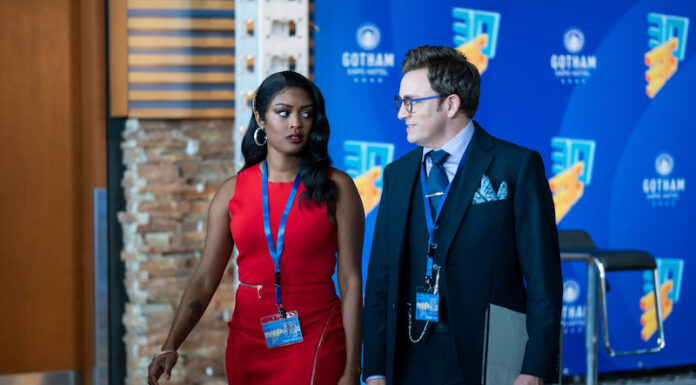 In the previous episode 3 of batwoman, Ryan faces facing her brother, Marquis Jet. Because Jada insisted on her staying away from her family, she assumed she’d have to keep their relationship to herself.  Continue reading to find out more about episode 2 in the recap section. What can fans expect from the new episode of Batman Season 3 that premieres tonight? To get a better idea of the episode, check out the promo and synopsis for the new Batwoman Season 3 Episode 4 titled “Antifreeze” below.

Batwoman Season 3 Episode 4 will release on Wednesday, November 3 at 9/8c on The CW . you can purchase it on Amazon Prime Video. Every episode of BATWOMAN will be available to stream on The CW App and CWTV.com the day after broadcast for free and without a subscription, log-in, or authentication required.

“Freeze,” the previous episode, brought Ryan face to face with her brother, Marquis Jet. Because Jada insisted on her staying away from her family, she assumed she’d have to keep their relationship to herself. Marquis, on the other hand, was aware that she was his younger sister. His nanny, it appears, should have done a better job keeping house gossip out of his ears when he was younger. Despite his mother’s warning to Ryan, Marquis plans to get to know his sister and form a relationship with her to demonstrate their business skills to Jada.

Ryan, on the other hand, isn’t ready to risk enraging her birth mother, especially because it could signal disaster for Team Bat. Mary and Alice, speaking of siblings, displayed their sisterly combativeness throughout the series as Alice delivered her a painful truth from the perspective of an outsider. When it comes to crime-fighting, Ryan and Luke only visit her when they need her; otherwise, they completely disregard her medical advice. Mary didn’t trust her, but when she told Ryan about Luke’s PTSD, everything went as Alice said. She was heard but not listened to, and Luke dismissed her comments regarding his trauma from the incident. Something tells us that in a tight scenario, this will come back to bite them.