Are You ready for Law & Order: SVU season 24 episode 10: Captain Olivia Benson is in danger 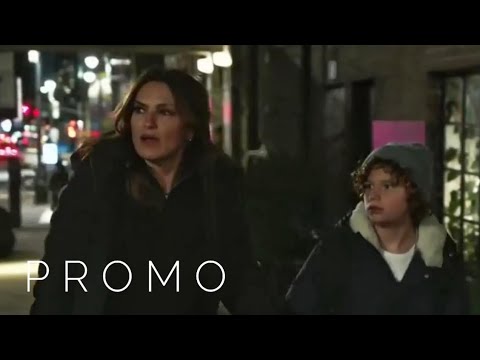 After a three-week hiatus, the NBC crime-drama television Series SVU returns with a new episode. Law and Order: SVU Season 24 Episode 10 will air 0n Jan,5 on NBC.  A gang leader has Benson (Mariska Hargitay) on his radar.

An old case is resurfacing to haunt Benson, as was hinted at in the season 24 fall finale, which was also Giddish’s farewell appearance as Rollins. The new episodes continue the story following the program’s cliffhanger ending (To know more about the episode last episode 9 read the recap here) Law and Order: SVU has already piqued the interest of viewers, who can’t wait to see what the series has in store for them next.   You’ll discover everything you need to know right here. From www.tvacute.com, a summary and promo for Law and Order SVU Season 24 Episode 10 can help you better understand the episode.

Tonight marks the beginning of brand new episodes for the 24th season of the police procedural drama. In ‘Jumped In,” Duarte (Maurice Compte) takes on the case after Benson (Mariska Hargitay), who is the victim of a violent gang leader, becomes his target. In the meantime, Fin (Ice-T) is helping the Bronx SVU clear its case backlog, and Dixon (Camryn Manheim) volunteers her services as a translator when a deaf student is the victim of sexual assault. If you’re interested in learning more, we’ve included the complete plot summary and promo for Law & Order: SVU season 24 episode 10 below.

Synopsis: When Benson becomes the target of a ruthless gang leader, Captain Duarte takes the case; Fin works with the Bronx SVU to help clear their case backlog; Lieutenant Dixon offers to translate when a deaf student is raped.

Law and Order SVU Season 24 Episode 10 will release on Thursday, Jan 5, 2023, at 9 p.m. on NBC. Subscribers to services like Peacock, Fubo, Sling, or YouTube TV will be able to watch the new episode on Thursday night as well. fans with a Hulu account will be able to watch the season 23 debut for free the next day. Fans who have access to Amazon Prime, Apple TV, or Google Play will be charged for each episode they view.