Are You Afraid of the Dark? Ghost Island’s Creepy History Is Hinted in a New Clip 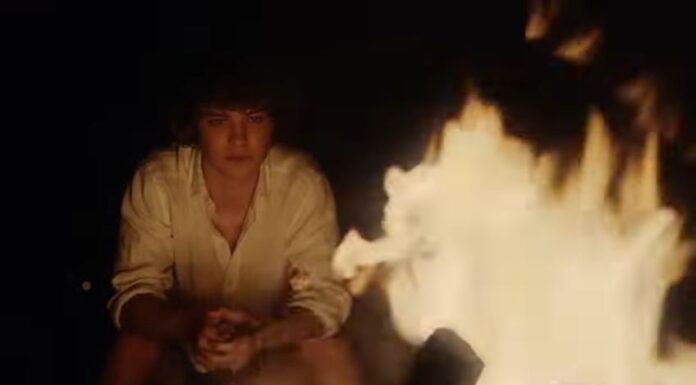 Are You Afraid of the Dark, the third installment is known as Ghost Island of Nickelodeon’s reboot of the kid’s anthology series from the 1990s, has a clip available. Watch the video below of Ghost Island, which depicts the Midnight Society as they spend their summer vacation investigating the eerie hauntings at the hotel on an island resort.

Are You Afraid of the Dark? Season 3 Release Date

Are You Afraid of the Dark? Ghost Island New Trailer

The new 2-minute clip is an exclusive from the first episode of the series, “The Tale of Room 13 and The Tale of the Teen Spirit,” and it is divided into two parts: one takes place during the day and the other at night. On the beach of the aforementioned Ghost Island, the Midnight Society’s Kayla (Telci Huynh), Leo (Luca Padova), Summer (Dior Goodjohn), and Ferris (Chance Hurstfield) are seen huddling around an unlit bonfire. Max (Conor Sherry), who joins the gathering around the campfire as the clip shifts into night, is introduced to the group after a little debate. When asked about the name of the island, Max responds that it comes from Room 13, which the manager had previously said the other kids didn’t exist.

“Are You Afraid of the Dark?: Ghost Island Synopsis

“Are You Afraid of the Dark?: Ghost Island follows an all-new Midnight Society as they go on what they thought would be a fun summer vacation on a resort island until they learn about something sinister haunting the guests. In the just-released teaser, viewers are introduced to the new members of the Midnight Society and get a glimpse at the horrors that await them on their vacation.”

Are You Afraid of the Dark? was revived, and this third season, which was already renewed in March 2022, follows its second season. Curse of the Shadows led to the series receiving nominations for the Directors Guild Awards and the Artios Awards as well as a Writers Guild Award. The first seven seasons of Are You Afraid of the Dark? were shown from 1992 to 1996, with the latter two seasons airing in 1999 and 2000.